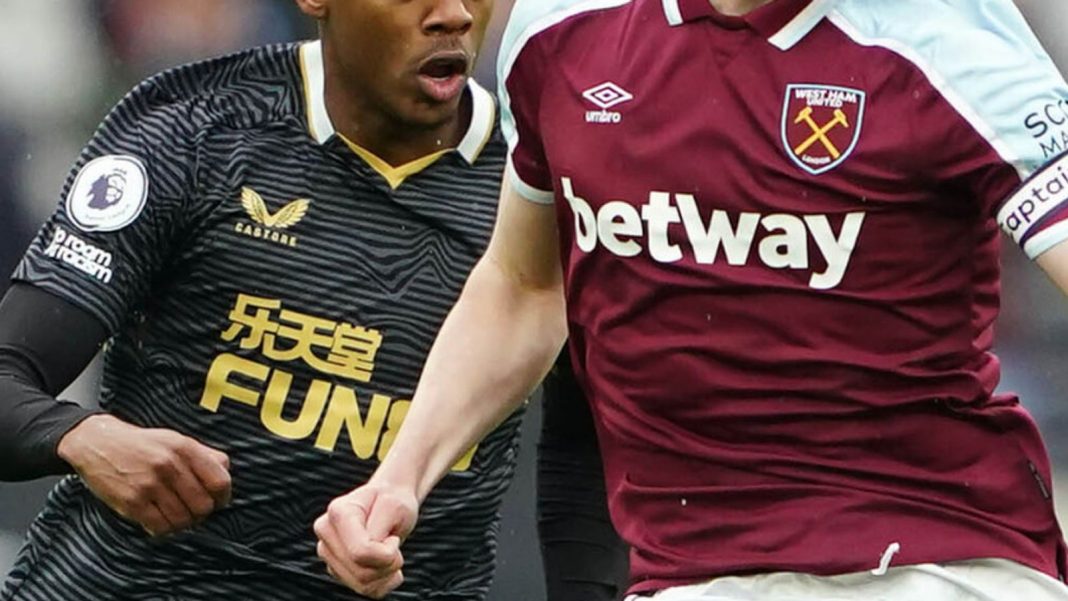 ​​​​​​​The Premier League is asking clubs to support phasing out shirt sponsorship by gambling companies in a last-ditch effort to avert a government-imposed ban.

Sky News has learnt that the Premier League contacted clubs on Monday to propose a resolution that would see betting companies disappear from teams’ shirts within the next three years.

Under the proposal, a voluntary ban would come into effect at the start of the new season, but would allow existing deals to run their course, providing they expire no later than the 2024-25 campaign.

The communication with the 20 top-flight clubs represents the Premier League’s most concerted effort to address an issue which has drawn intense political scrutiny in recent weeks.

Under Premier League rules, support for the proposal from at least 14 clubs would see it being adopted immediately. One club executive said they had been given just days to respond.

Sky News reported late last week that the Premier League had suggested to the government that shirt-sleeve branding should be permitted to continue indefinitely, although it was unclear if that idea was part of Monday’s communication with clubs.

An executive at another club said the Premier League had indicated that the ban on betting sponsorship was intended to be permanent, but that it would be subject to a clause allowing it to be overturned with two years’ notice in certain circumstances.

Perimeter advertising by gaming companies would continue to be allowed, according to one of the recipients of the proposal.

The issue is a sensitive one for English football’s leading clubs because so many of them have become reliant on revenue from the gambling sector.

Almost half of Premier League clubs, including Newcastle United and West Ham, were sponsored by betting companies last season, although the Magpies are likely to secure a replacement for Fun88 after the coming campaign.

The Times reported last week that ministers had dropped plans to legislate to ban betting groups’ names appearing on football shirts, and were instead seeking a voluntary agreement with clubs.

The Premier League is said to have told clubs on Monday that it believed that that was inaccurate, and that the government would seek a legislative ban unless a voluntary accord was reached.

A Whitehall source said there had been intensive discussions in recent days about the terms of voluntary agreement. That suggests that ministers would support an agreement if passed by the requisite majority of clubs.

One football finance analyst suggested that the big six clubs – Arsenal, Chelsea, Liverpool, Manchester City, Manchester United and Tottenham Hotspur – would be expected to support a voluntary ban, since none of them had existing shirt sponsorship deals with gambling companies.

Nevertheless, the Premier League’s proposal would, if accepted, anger anti-gambling campaigners, since it would not trigger an immediate and complete ban on the gambling industry retaining a presence at stadia and on shirts competing in the most-watched domestic football tournament in the world.

A broader package of gambling reforms is expected to be unveiled in a white paper in the coming weeks.

A DCMS spokesperson declined to comment on the Premier League proposal but had said last week: “We are undertaking the most comprehensive review of gambling laws in 15 years to ensure they are fit for the digital age. We will be publishing a White Paper as part of a review of gambling legislation in the coming weeks.”