‘You have to show energy and aggression against the Springboks,’ says Wales’ Dan Biggar 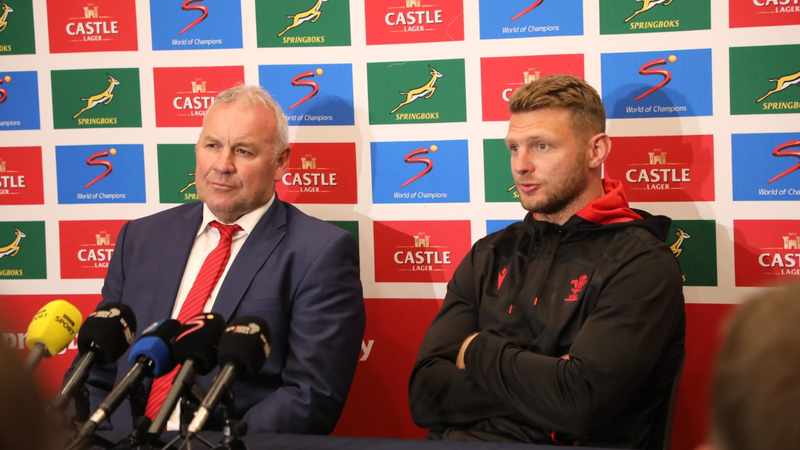 Pretoria — Unrepentant Wales captain Dan Biggar says the niggle in the weekend’s first Test against the Springboks is part and parcel of the international game and to be expected if visiting teams hope to topple the world champions in their backyard.

The Welsh clearly went into the game with the intention of getting their retaliation in first and were not prepared to be bullied by the Boks. Biggar himself was in the thick of it and had scraps with Siya Kolisi and Cheslin Kolbe, while also spending ten minutes in the sin bin.

He also missed a late conversion attempt and then gave away the post-hooter penalty that gave Damian Willemse the opportunity to win the match 32-29.

Biggar said after a match in which his team received four yellow cards from Georgian referee Nika Amashukeli: “I am confused…I don’t know what the referee expected us to do — come here and lie down and give South Africa everything their own way? From our point of view, we wanted to get into their faces, get in amongst them and not take a backward step, and that is part of the game when you play a Test match and especially against South Africa.

“If you stand back to the Springboks, you will get steamrolled very quickly,” the 101-cap Wales veteran said. “You have to show fight and energy, aggression and competitiveness.”

And Biggar feels the Boks were just as “niggly” as his own team.

“But it is a Test match and surely that is what you want to see — two teams going at it with aggression. From our point of view, it was perfect, it was exactly what we wanted. There was no dirty play, just confrontational rugby.”

In the post-match press conference, Biggar was pushed further on the issue of his team’s discipline and his patience ran out.

“I don’t know what people expected us to do … Roll out the carpet and applaud them off the pitch? I don’t know what the issue is — it is a Test match and we were more than happy to get stuck into them and that is what Test matches are all about.”

Biggar admitted that his team had blown a golden chance to win their first-ever match in South Africa — they have now lost 11 in a row since their first match in SA in 1964 — because the Boks were always going to be rusty in the first Test after having last played in November 2021.

“Everybody is saying the Boks will be better next week but so will we,” the testy Biggar retorted. “A lot of our guys hadn’t played in a while either and we were at altitude too and at a hostile venue. To put up a show like that against the world champions, there is no reason why we are not going to get better as well In Bloemfontein.”