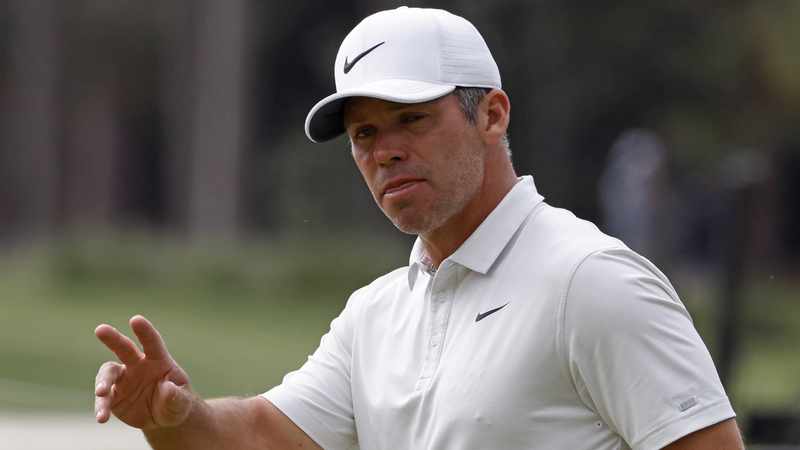 London – Paul Casey has joined the lucrative and controversial LIV Golf Invitational Series and will compete at its event at Trump National Golf Club in Bedminster later this month, the Saudi-backed breakaway league said on Saturday.

“LIV Golf continues to attract the best players in the sport as it builds increasingly competitive fields with each event,” LIV Golf CEO Greg Norman said in a statement.

"You'll see me in Bedminster."

Critics say the breakaway series amounts to blatant ‘sportswashing’ by a nation trying to improve its reputation in light of its history of human rights abuses.

The final day of its first event on U.S. soil was being held near Portland, Oregon on Saturday. The start of the three-day tournament at Pumpkin Ridge was met with a protest by 9/11 survivors and victims’ families who criticized the golfers for their willingness to play in the league.

Fifteen of the 19 hijackers of jet planes on Sept. 11, 2001 were Saudi nationals. Family members of victims have sought a probe of their suspicions that Saudi Arabia was linked to the hijackers. In September 2021, the Saudi government welcomed the release of classified documents related to an FBI probe and the country’s U.S. embassy said that “any allegation that Saudi Arabia is complicit in the September 11 attacks is categorically false”.