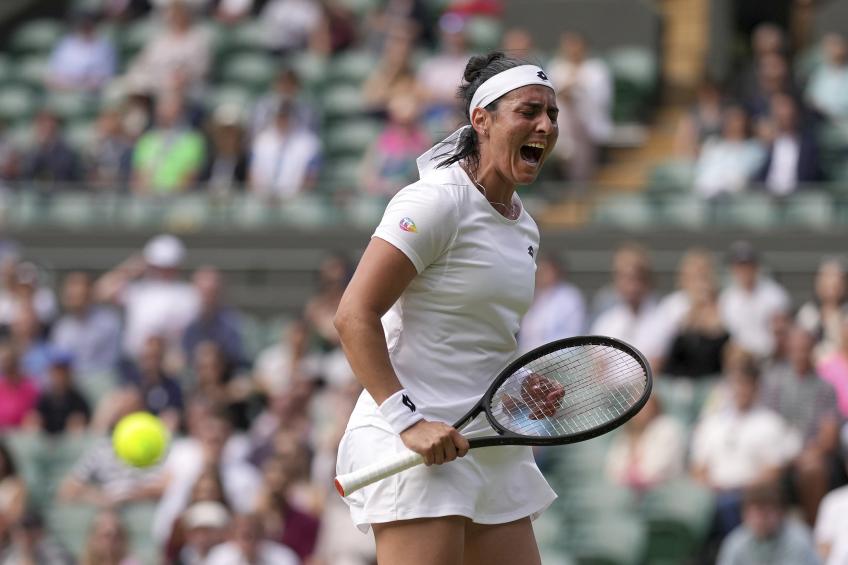 World No. 2 Ons Jabeur is having a great grass season and she is hoping to finish it with a maiden Grand Slam title at Wimbledon. Jabeur, who won Berlin leading up to Wimbledon, beat Elise Mertens 7-6 (9) 6-4 to progress into the quarterfinal at The Championships.

Jabeur is now 9-0 on grass this year. “Hopefully I can continue the streak,” Jabeur said, per the WTA website. “I love playing on grass. I love the connection between nature and me. Hopefully it can continue to the final.”

Jabeur was twice up by a break in the first set but the resilient Mertens twice recovered to force a tie-break. In the tie-break, Mertens missed out on a total of five set points and paid the ultimate price for it as Jabeur won a tight opener.

Then, Jabeur broke Mertens in the 10th game of the second set – when the Belgian was serving to stay in the match.

Jabeur: Mertens was a difficult opponent

“She’s a great opponent, really,” Jabeur said. “It’s never easy to play her and I had to dig very deep in the tiebreak.

I couldn’t imagine myself playing three sets against her.” In the Wimbledon quarterfinal, Jabeur will be facing 66th-ranked Marie Bouzkova. On paper, Jabeur is the big favorite and has a great chance to reach the semifinal.

In the Wimbledon last-16, Bouzkova defeated Carolina Garcia 7-5 6-2 to reach her first Grand Slam quarterfinal. “If you would tell me before the tournament started I would be in the quarters, I probably wouldn’t believe you.

Since first match, [it] has been really tough journey for me. I have been feeling really many emotions. Just to be now in the quarters, it’s something very special for me,” Bouzkova said. Jabeur and Bouzkova will be going head-to-head for the first time in their respective careers when they meet in the Wimbledon quarterfinal.