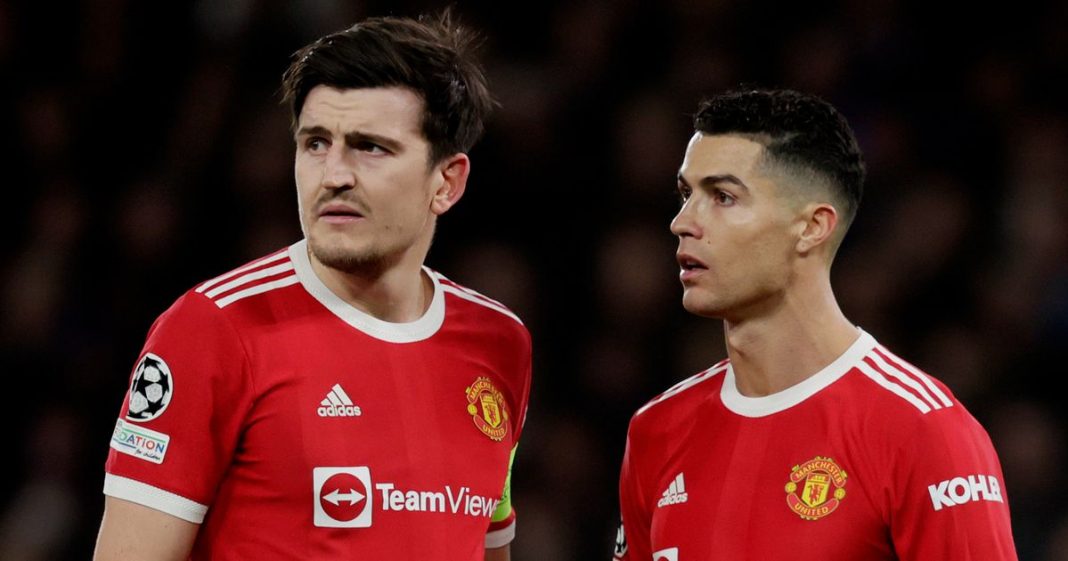 Manchester United cannot be surprised by Cristiano Ronaldo’s desire to leave Old Trafford, after the club endured their worst season of the Premier League era.

When Ronaldo rejoined United last summer, amid a frenzy of hype and hysteria, he stressed he had returned to win trophies not, in his own words, for “a holiday” in the twilight of what has been a glittering career.

United had just finished second in the Premier League, and with Raphael Varane and Jadon Sancho signed in addition to Ronaldo, there was the tangible prospect of a return to being title contenders alongside Manchester City and Liverpool.

And when Ronaldo marked his return by scoring twice in an emphatic 4-1 home win over Newcastle to put United top of the league, it seemed his homecoming would have the perfect ending. But that optimism swiftly evaporated as United’s form nosedived in the weeks that followed, with Ole Gunnar Solskjaer sacked on November 21 after a humiliating 4-1 defeat at Watford.

The regression continued, with United consigned to the Europa League after finishing sixth last season and without a signing so far this summer, with so many top players reluctant to join a club in turmoil. No wonder Ronaldo wants out. He has waited since the end of the season to see a show of intent from United in the market, their failure to make a single signing ultimately making his mind up that he must go.

Despite being 37, Ronaldo proved last season, with his 24-goal haul, that he can still perform at the highest level and he is convinced he can play on and compete for major trophies until he is at least 40. That belief, combined with United’s failure to match his ambition by recruiting the players to make the team competitive again, is behind Ronaldo’s desire to leave after just one season back.

The timing of Ronaldo’s request has undoubtedly caught United on the hop, despite his agent Jorge Mendes having met with new Chelsea owner Todd Boehly about the prospect of his client joining the Blues. United publicly dismissed the Chelsea link, insisting Ronaldo was not for sale and reminding the football world their most high-profile player was under contract for one more year.

HAVE YOUR SAY! Will you be sad to see Ronaldo leave United? Let us know in the comments section

They repeated that stance in the wake of the revelation Ronaldo wants to leave, but privately United know that keeping him against his will would ultimately do more harm than good.

Yet Ronaldo’s expected departure may ultimately be beneficial to new United boss Erik ten Hag, as he seeks to implement his philosophy and long-term vision, without the short-term need to accommodate such a high-profile figure and all the distractions that inevitably brings.

Despite his formidable goal haul last term, Ronaldo’s return caused problems within the United dressing-room, not least with a power struggle between him and skipper Harry Maguire. Maguire felt undermined by Ronaldo’s presence as the leader within the group, with the Portugal star having positioned himself as the one setting the example for the younger players on and off the pitch.

And Ronaldo’s frustrations with the squad were evident as far back as January, when he publicly called out United’s younger players for their unwillingness to turn to him for advice. “This new generation, in general, don’t accept it if you criticise them,” said Ronaldo. “I’m here to help. When they need my support and advice, I’ll help. If you don’t want my help and my advice, do your job – look at yourself.”

In addition, Edinson Cavani, persuaded to stay an extra year with the promise he would lead United’s attack, found himself marginalised, with Ronaldo taking his No.7 shirt for good measure. So for all the goals, shirt sales and social media hits, the latter two of such importance to the modern-day corporate monolith United has become, Ronaldo’s much-heralded return has not had the fairytale ending for which the club yearned.

Second time around, the Theatre of Dreams has proved a nightmare for one of United’s most iconic players, one who does not want his legacy to be tarnished by the club’s continued slide into mediocrity and irrelevance.