Dricus du Plessis breaks into the top 15 of UFC rankings 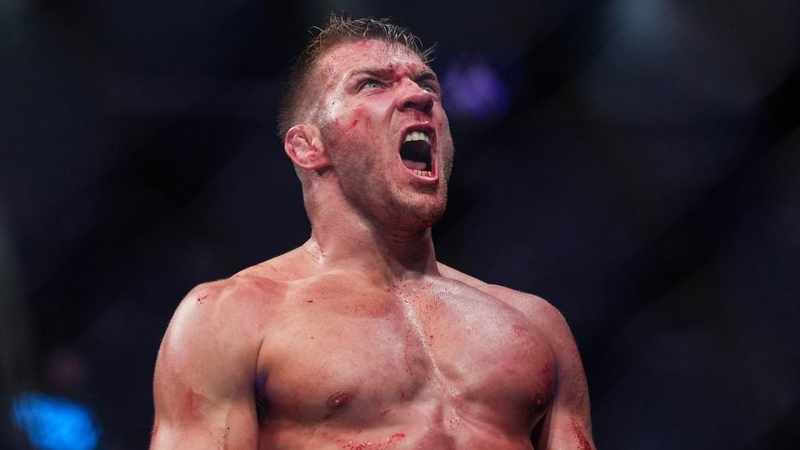 Du Plessis made the most of his opportunity to climb into the top fifteen rankings of the middleweight division when he beat veteran and number twelve-ranked Brad Tavares (19-6) via unanimous decision at the T-Mobile Arena in Las Vegas.

During his post-fight interview with the world-renowned commentator, podcast host and comedian, Joe Rogan, Du Plessis (17-2) wasted no time in calling out tenth-ranked Kelvin Gastelum (17-8 1 No Contest) who was set to fight the South African at UFC 273.

“Thank you so much, Joe Rogan. Thank you, Vegas, thank you, UFC. I know I have been gone for a while because of injuries and opponents pulling out … Kelvin Gastelum, you know you owe me that fight,” said Du Plessis.

Gastelum pulled out of his fight with Du Plessis one week before the event. Gastelum stated that it was an undisclosed injury, however, Du Plessis found it hard to believe and stated that Gastelum ‘watched the tape’ and did not want to risk fighting the South African.

Du Plessis – who has now elevated into the top twelve of the division – started like a house on fire and it seemed as if he was a bit too ambitious in the first round as he tried to get Tavares out of there early on.

At one point it looked as though Du Plessis’ plan might backfire after he launched a few big shots on his opponent before finding himself on his back.

“I caught him with the right hand, I threw the knee, I missed and I stepped back and I slipped and as I slipped he threw his own knee and I caught it falling to the floor with my knee. I immediately shot to that single (leg takedown) and that was us, we were ready to do the grapple exchanges.

“I could feel that I was quite a bit stronger than him so I wanted to go for the suplay and as I picked him up my hand just slipped up and that overhook just slipped a little and then it was like pulling him right on top of me, and there was no sweat, so he was just stuck on top of me,” says Dricus who seemed to be breathing heavily after that exchange.

In the second round, although still operating at a very high tempo, the South African found his rhythm on the feet and dropped some huge shots on Tavares who was sitting back on the counter more. Du Plessis landed a vicious knee to the face of Tavares, cutting him open badly.

“I got back to the stand-up and I could feel I had the speed advantage. I was more crisp and then I thought ‘let’s keep it here until I need to shoot’.

The opening fight of our ABC prelims goes to @DricusDuPlessis 👏

“Cue the last round, I thought he was going to shoot because I was lighting him up in that second.

“Mr Rogan, wow. (Las) Vegas, I have to tell you something, you have the toughest mother f’er in the world right here in your town, Brad Tavares. Holy smokes, he took some big ones, I took some big ones, too, but damn, that man can take a punch. What a better fight than this, breaking that top fifteen to go to my first decision. It was an honor sharing the cage with him in front of you folks. International Fight Week, that was incredible,” added Du Plessis who had taken a unanimous 29-28 decision after landing more strikes on Tavares than any other fighter aside from current champion Israel Adesanya who beat the Hawaiin back in 2018.

“For those who forgot, it’s Dricus du Plessis, remember the name, I told you it would be a household name in the top ten soon, thank you, Vegas.”