The day that Wales’ JPR Williams was almost lynched in Durban 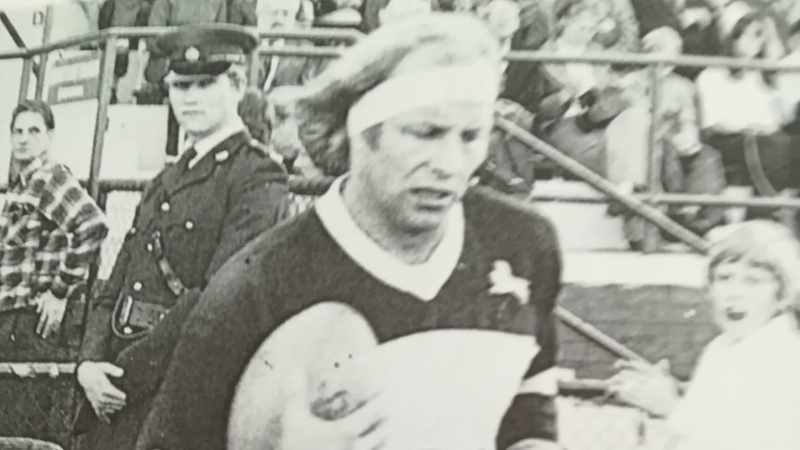 Johannesburg – There surely has never been a rugby cocktail party as spectacularly entertaining as the one at Kings Park on July 24, 1974, and to do it justice, the scene has to be set.

The British Lions had just beaten a plucky Natal team to maintain their unbeaten tour record with just the fourth and final Test against the Springboks to go.

South African rugby had been in disarray for the two months during which Willie-John McBride’s swashbuckling Lions had put the country to the sword — the provincial sides had all been thrashed and… shock, horror, the mighty Springboks had been contemptuously slain in three Test matches.

The Boks had never before been humbled like this on home soil and the panic-stricken Springbok selectors eventually used over 30 players in their bid to find a winning recipe.

We must remember that in those times the Springbok selectors were rugby gods. This was long before the professional era when coaches took on the responsibility of picking their own teams — this was the time when the selectors — usually revered former players — held national trials and with great pomp and ceremony announced The Chosen to the public.

But after the shock first Test loss in ‘74, the five wise men made wholesale changes; and when the second Test had the same result, they changed it all up again, only for the Lions to win by an even bigger margin in the third Test.

And now the selectors had followed the tour to Durban where they were persona non grata because, for all the players they had used in the series, not one had been from Natal, which was curious because Natal was a very good side, and their captain, Tommy Bedford was the best loose forward in the land. He had played 25 Tests for the Boks, many of them as part of the famed loose trio of Bedford, Piet Greyling and Jan Ellis, but his last Test had been in 1971.

The unspoken issue was that the liberal Bedford, who had furthered his education in architecture at Oxford, had for some time been rattling the cage of the rugby establishment in advocating multi-racial rugby.

This did not sit well with the Afrikaner Broederbond which was secretly running the country, including rugby, and it rankled even worse with the outspoken Bedford, who as the host captain now took to the speaking podium to address the Lions and the luminaries of SA rugby.

He smiled, and then raised his fingers in a two-fingered salute and held the pose as he moved his fingers to each one of them, to the accompaniment of jaws dropping to the floor and eyebrows hitting the ceiling.

Needless to say, Bedford never again played for the Springboks but his “Last Outpost” phrase had been coined and thrives to this day.

But for Bedford that cocktail party was only the crowning drama for him in a day in which he had been at the epicentre of an on-field riot that nearly ended the game.

As mentioned earlier, the Natal v Lions game was the penultimate of the tour, match 21 of 22. The good citizens of Natal had by now whipped themselves into a frenzy of indignation at the non-selection of Natal players and especially Bedford, the long-serving captain and their beloved champion.

So imagine the reaction when Lions fullback JPR Williams, the medical doctor from Wales, delivered a barrage of punches to the prone Bedford when the game was on a knife-edge in the second half, with the tourists leading 9-6.

I will let Williams himself describe the incident, as he did with remorse in his autobiography of 1979.

“I could not have picked a worse time and place to lose my temper on a rugby field. Midway through the second half, when the Natal side was holding us extremely well, I was fielding a high ball in our 22 when I fumbled it and was bundled into touch by Tommy Bedford, the great hero of Natal. I was annoyed with myself and then felt my hair being grabbed plus a hefty kick to my head. I now realise this was accidental but at the time I was furious. I lashed out at Bedford by rabbit-punching him on the floor.

“As he lay there flat on his back, as if unconscious, the horror of the situation dawned. The incident took place very close to the spectators and I thought the whole crowd was going to attack me. They were screaming at me and one fan was beating me over the head with a stick. What a scene! The crowd was going berserk and throwing nartjies (tangerines) on the pitch, which was common in South Africa, and then came beer cans and bottles, which were not.

“Willie-John had to stop the game and call us together in the middle of the field for fear of injury.”

The Lions went on to win the game handsomely in the end, scoring 21 points in 11 minutes of injury time (Bedford would later say that the referee was trying to impress the Lions by giving them all of that extra time because he was hoping they would recommend him for the next week’s fourth Test).

So let’s cut now to the cocktail party where Bedford had forgiven JPR for his assault and was instead attacking the Bok selectors. But JPR was not off the hook. Hell hath no fury like the wife of a rugby player scorned and Mrs Jane Bedford, spotting JPR sitting in a corner with a few teammates, marched up to him and gave him absolute hell to the point that Williams wrote that the barrage he received from her was the most distressing part of the whole saga.

“Tommy had accepted my apology in their change room but the cocktail party encounter with his wife was most distressing. She accused me of all sorts of crimes and that upset me more than anything.”

A twist in the Bedford-JPR incident

In a twist to the Bedford-JPR incident, Williams’ wife, Scilla, happened to be working as a trainee doctor at Durban’s Addington Hospital. She had come out from Wales to work in Durban while JPR was touring the country. After the Natal game, the Lions left for Johannesburg for the last week of the tour but Scilla was left in the city of the crime to face the music. JPR wrote: “For weeks after the incident she received threatening letters and anonymous phone calls, telling her how awful I was. People would stop her and say: “Oh you’re JPR’s wife, are you? How come you haven’t got a black eye?

“A cartoon appeared in the Natal Mercury showing me punching a patient (with my doctor’s bag) whilst making a house call.

“It was only after I returned to Durban after the tour that I discovered all of these things. And then I received an envelope full of press cuttings with the brief message: ‘Just to let you know what we think of you here.’

Not everybody disliked JPR Williams

Not everybody disliked JPR Williams when he toured South Africa in 1974. Some fans even named their sons after him, and one of those went on to play wing for the Springboks, none other than JP Pietersen, the 69-cap Bok, and former Shark. His full name is indeed John Peter Rhys Pietersen.

While Williams was one of the greatest fullbacks to play the game, he is also gifted in other fields, some of which are at major odds with his rugby thug image. Typically Welsh, he is a wonderful singer and as a youth was much in demand for his dulcet rendering of Mendelssohn’s “O for the wings of a dove”.

At age 17 he won the Wimbledon Junior Tennis title at which time he was also a violist in the Glamorgan Youth Orchestra.

In the sweetest of ironies and in a development that probably can only occur in the great game of rugby, the very next year JPR Williams returned to Durban to play a season for Natal. And when he turned out in the black and white jersey, with Tommy Bedford his captain, all was forgiven by the Kings Park crowd.

Like Bedford, a certain Nick Mallett also went to Oxford and when he was in the UK, Bedford took the future Springbok coach under his wing and a strong bond developed between them. Both are strong-willed and perhaps it is not that much of a coincidence that the only other time the Bok selectors have been given the twos-up signal, it was delivered by Mallett.

The background is that Mallett had played well for the Boks against the South American Jaguars in 1984 but then was left out of the 1985 side. He then played for the WP Barbarians against an internal Bok team at Newlands in 1985. Mallett had a very good game and the Boks were beaten comfortably.

As Mallett walked off, he pointed to the scoreboard and gave the V sign to the seven Bok selectors in the grandstand. Needless to say, they were not impressed and Mallett left a month later to play and then coach in France, finishing his career in 1994.