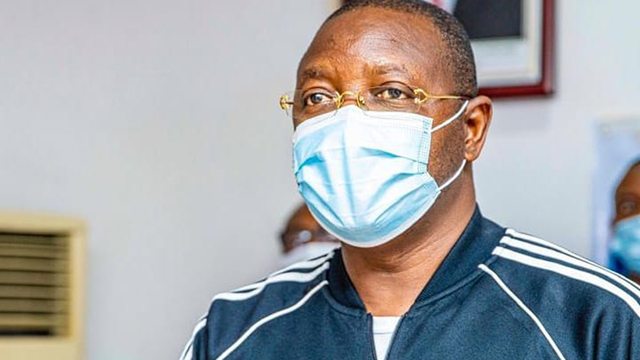 Sports Minister, Sunday Dare, is sure of good outings for Team Nigeria at the Oregon 2022 Athletics Championships in U.S. and the Commonwealth Games in Birmingham, England next month.

His optimism is hinged on what he described as ‘excellent performance’ by the nation’s athletes at the just concluded National Trials in Benin City, Edo State.

Speaking during the closing ceremony of the trials on Sunday at the Samuel Ogbemudia Stadium, Dare commended the athletes for their outstanding brilliance in the track and field events, adding that with these feats, the expected medals at the Oregon 2022 Athletics Championships and Commonwealth Games in Birmingham will be a reality.

“The athletes have really performed well and this points to the fact that Team Nigeria’s hope of winning some medals at major competitions ahead will be a reality. We are ready to play our part by ensuring good camping for the athletes and their coaches,” he stated.

Dare revealed that he would soon embark on a tour of newly completed facilities in some stadia in the country. “Soon, I will address the media on some of the major achievements we recorded in our sports in the last few years. The facility tour will see us inspecting the Games Village in Lagos before we take a ride to Ibadan to see the extent of work done at the Obafemi Awolowo Stadium (Liberty Stadium),” he stated.

Meanwhile, the chairman of Edo Sports Commission and coordinator of Team Nigeria to the Commonwealth Games, Yusuf Alli, is sure of a good outing in Birmingham.

“We have new sets of young athletes that will make Team Nigeria proud in future,” Alli, whose long jump record still stands, told The Guardian. “I am positive that with the right preparation, these athletes have started well at this level, and will go places when hostilities for medals begin in England.”