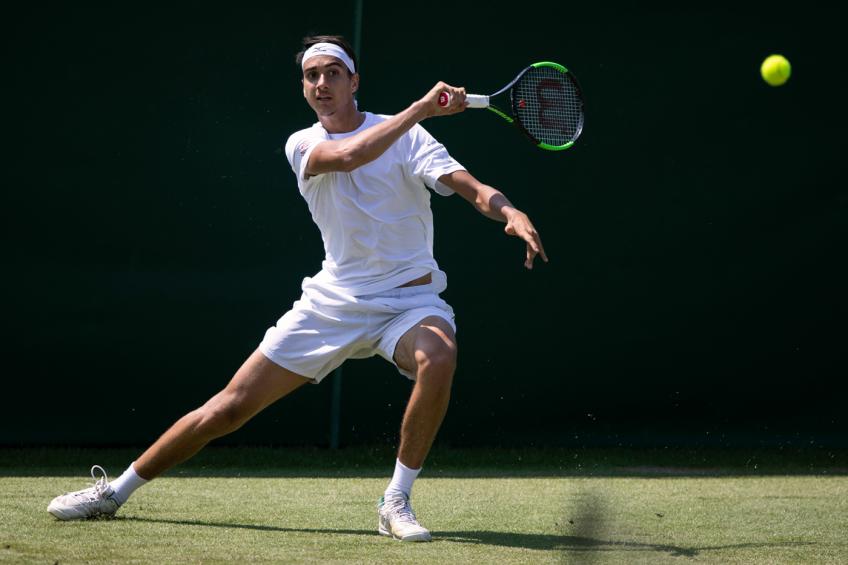 World No. 54 Lorenzo Sonego certainly feels confident in his chances going into the Rafael Nadal match as he says grass is the best surface to play the Spaniard. Later today, Sonego and Nadal will be meeting in the Wimbledon third round.

Sonego and Nadal will be going head-to-head for the first time in their respective careers when they meet at Wimbledon. Sonego knows how it feels to play a big name on the Centre Court at Wimbledon, having played Roger Federer in the Wimbledon last-16 last year.

“Grass is the best surface to meet him. I will definitely have to be very aggressive with my serve and my forehand. On this surface, being wait-and-see doesn’t help anyone. I feel good because the ball squirts less, I often find myself at hip height for the backhand, that’s what I prefer.

The fact that I played on center court last year against Federer can also help me, at least I have some experience,” Sonego said, per We Love Tennis.

Nadal, who is playing at Wimbledon for the first time since 2019, hasn’t made a convincing start to the tournament.

Nadal needed four sets to beat Francisco Cerundolo in the first round and he was also pushed into a four-setter by Ricardas Berankis two days ago. “I need to improve. Every day is a challenge, that’s the truth. All the opponents are difficult.

We are playing against the best players of the world and especially even in these conditions, it will be more [difficult]. I didn’t play much on grass for the past three years,” Nadal said after beating Berankis. On the other side, Sonego needed five sets to beat tricky American Denis Kudla in the first round.

On Thursday, Sonego looked much more convincing as he saw off Hugo Gaston in straight sets. It remains to be seen if Sonego can shock Nadal at Wimbledon