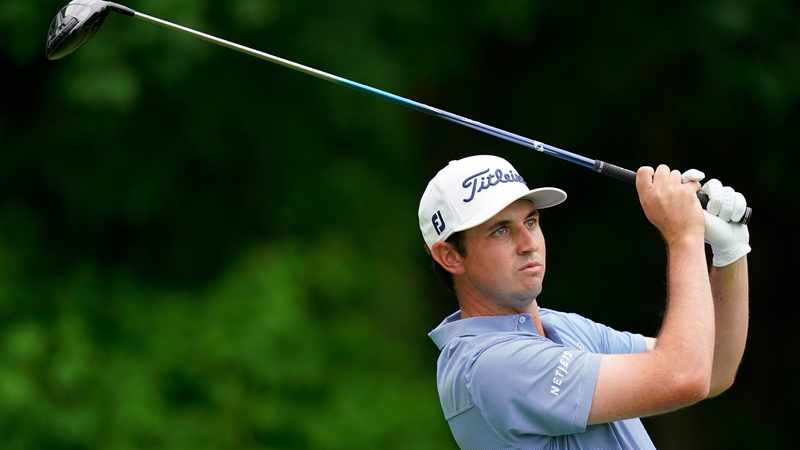 Washington – J.T. Poston fired a six-under par 65 to build a four-stroke lead in Friday’s second round of the US PGA John Deere Classic.

The 29-year-old American, who matched his career low with a 62 on Thursday, stood on 15-under 127 after 36 holes at TPC Deere Run in Silvis, Illinois.

That was enough to hold off compatriot Denny McCarthy, who shot 65 to stand second on 131.

“The ball striking has been great,” Poston said. “Made a few good putts. My speed has been pretty good on the greens. I just have that feeling. I know if I can give myself some decent looks, I feel confident enough over the putter I can make some birdies.”

Poston, whose only PGA victory came at the 2019 Wyndham Championship, has three top-10 efforts this season, the best of them a runner-up effort at last week’s Travelers Championship.

“Last week, the one thing I think I learned after playing well Thursday was to try and keep the pedal down,” Poston said.

“This golf course may yield a few more birdies than last week, but at the same time, you got to go out there and hit some golf shots to stay aggressive. I was able to do that, which is nice.”

Poston dropped his approach inches from the cup at the par-5 second hole to set up a tap-in birdie and rolled in a birdie putt from just inside 10 feet at the par-3 third to seize the lead alone at 11-under.

number 99 Poston dropped his approach inside three feet for a tap-in birdie at the fourth and then rolled in a 21-foot putt at the fifth for his fourth consecutive birdie to reach 13-under.

“I didn’t want to take my foot off the gas,” Poston said. “I wanted to try and build that lead as much as I could going into tomorrow and just try and go as low as I can.”

Poston found a greenside bunker and made bogey at the sixth to end his birdie streak, but sank a stunning 42-foot birdie putt at the ninth to make the turn ahead by three on 13-under.

After dropping his approach inches from the cup at the par-5 10th and tapping in for birdie, Poston sank a birdie putt from just inside five feet at the 13th and parred his way to the clubhouse, his 7-foot putt at the last being his closest call.

“I feel great,” Poston said. “Just going to try and keep riding that momentum and doing what I’m doing, don’t change anything, and just take the good looks when they come.”

Austria’s Matthias Schwab, making his tournament debut, fired a 65 to share second on 132 with American Chris Gotterup, making only his fifth US PGA start thanks to a sponsor’s exemption, Argentina’s Emiliano Grillo and Monday qualifier Chris Naegel.

Schwab is trying to become the 10th player to win in his Deere debut, the first since South African Dylan Frittelli on 2019.

American Patrick Rodgers made a hole-in-one at the 131-yard third hole, his second ace on the US PGA Tour after a first-round shot in last year’s Sanderson Farms Championship.