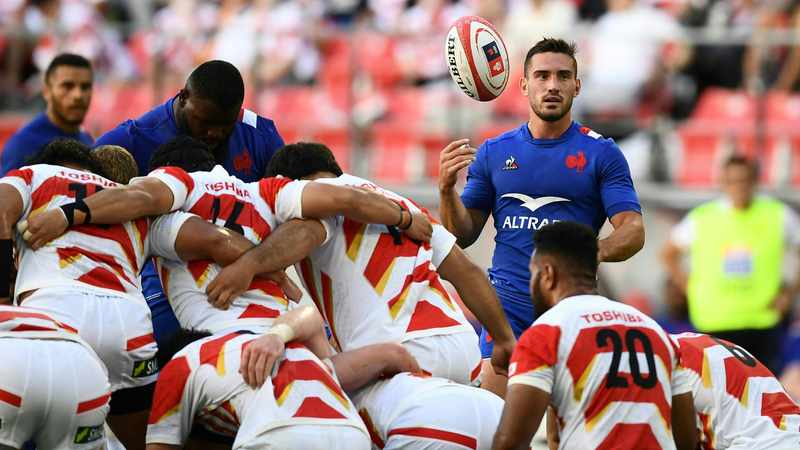 Toyota City – Six Nations champions France stretched away in the second half to beat a spirited Japan side 42-23 on Saturday in steamy conditions in the first Test at Toyota Stadium.

With temperatures soaring to 33 degrees and humidity at 55 percent at kick-off, France struggled to impose themselves in the first half against feisty Japan.

Matthis Lebel scored a try shortly after the interval to click the visitors into gear and further scores from Damian Penaud, Yoram Moefana and Pierre Bourgarit sealed victory for an experimental France side.

The French opened the scoring when fly-half Matthieu Jalibert spun the ball out wide for wing Penaud to touch down in the corner in just the third minute.

But Japan hit back to take the lead against next year’s Cup hosts with a penalty from Seungshin Lee before Tevita Tatafu finished off a flowing attack from the home side by barging over for a try between the posts.

Two Melvyn Jaminet penalties to one from Japan’s Lee evened the score as half-time approached, before France missed a golden chance to head into the break in front.

Jaminet looked set to release centre Moefana out wide with a clear sight of the try line, only for the full-back to throw his pass into touch.

The visitors seized the lead just minutes into the second half. Jalibert took out Japan centre Dylan Riley with a drop of his shoulder, then dashed through the gap to release Lebel for the score.

Maxime Lucu thought he had grabbed another minutes later, only for the try to be wiped off following a review.

Penaud scored his second of the match in the 58th minute, however, slicing through the Japan defence to pad out the visitors’ lead.

Moefana added another with a chip and chase down the wing three minutes later, before Bourgarit rumbled over following a drive from the French forwards.