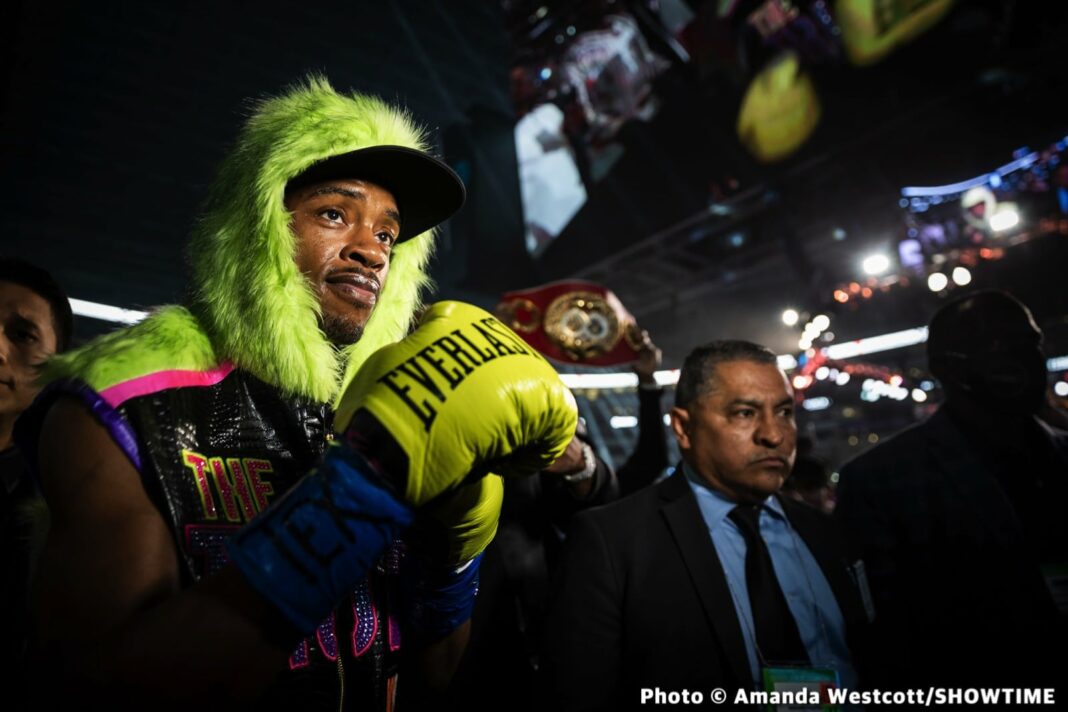 By Robert Segal: Danny Garcia says the middleweight-sized Errol Spence Jr. can take a lot of punishment with his size going into his undisputed welterweight fight against WBO champion Terence Crawford later this year in October.

Danny might be going a little overboard in saying Spence is a middleweight-sized fighter, considering he’s smaller than Jermell Charlo, who fights in the next weight class up at 154.

In between fights, Spence balloons up in weight, which might be what Danny is going off of when he talks about him being as big as a middleweight.

Crawford (38-0, 29 KOs) is viewed by fans as the better overall fighter than IBF, WBA & WBC 147-lb champion Spence, but he hasn’t had the same opportunities as the PBC-managed fighter to capture belts.

Garcia landed a lot of shots on Spence, but they had no effect on him and he kept unloading with his big punches to grind out a decision.

“It’s too highly skilled guys going for the unification. I know both of them are going to be fighting their heart out because none of them want to lose that fight. They both want to win,” Danny continued about the Spence vs. Crawford unification clash at 147.

“I don’t think one guy is going to control the fight because both guys are strong, and both guys can punch,” Danny said of Crawford and Spence. “Both guys get hit.

Garcia hopes to shine against Benavidez Jr and build momentum for a title shot against undisputed junior middleweight champion Jermell Charlo (35-1-1, 19 KOs) before he leaves the division.

“For sure,” said Garcia when asked if they’ll likely be a knockout in his next fight against Jose Benavidez Jr on July 30th. “I think I’m going to show more speed & power, both,” Danny said about his move up to 154.