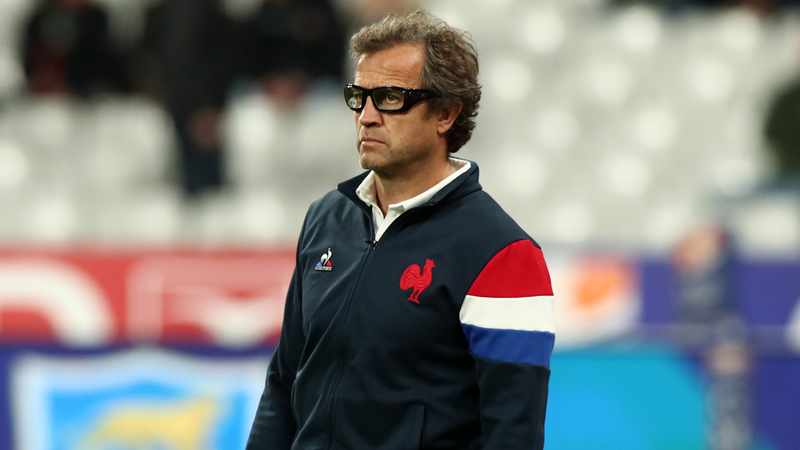 Toyota – France head coach Fabien Galthie praised his young team for finding “the key to open all the doors” after stretching away in the second half to beat a spirited Japan 42-23 on Saturday in the first Test.

The Six Nations champions fielded an inexperienced line-up at a steamy Toyota Stadium and struggled to impose themselves in the first half with temperatures soaring to 33 degrees Celsius.

The sides were level 13-13 at half-time and Galthie said his players managed to “rethink and get on the front foot” after the break.

A Matthis Lebel try shortly after the interval helped France click into gear before further tries from Damian Penaud, Yoram Moefana and Pierre Bourgarit gave next year’s Cup hosts a comfortable win in the end.

“We adjusted what we had wanted to do but had failed to implement in the first half for a lot of reasons, notably because of the intensity of the Japanese players,” the coach said.

“We had made errors which we do not normally make. We managed to find the solutions, the key to open all the doors.”

Galthie handed first caps to lock Thomas Jolmes and No.8 Yoan Tanga, with Thomas Lavault also coming off the bench to make his debut.

Several of the France squad that won the Grand Slam earlier this year were rested for the trip to Japan and Galthie was pleased with how the players coming in took their chance.

“One has to remember that this is a young side with very little experience as a unit — their average age is just 25,” he said.

“It is a young team but they were able to assess at half-time what had gone on in the first half and to learn those lessons and react accordingly in the second half.”

Japan also fielded an unfamiliar line-up after the 2019 Cup hosts were hit by a spate of injuries and Covid cases.

Fly-half Seungshin Lee was winning only his second cap at the age of 21 after being drafted into the starting line-up the day before the game when Takuya Yamasawa tested positive for the virus.

Japan scored two tries through Tevita Tatafu and Siosaia Fifita, and captain Atsushi Sakate said they will be looking for “revenge” when they meet France again next week at Tokyo’s Olympic stadium.

“It’s frustrating — there are lots of things we can improve on,” said Sakate.

“We made mistakes but we managed to play the kind of rugby that we’re aiming for. We need to take what we did well and work to do it better.”

Penaud gave France the lead in the third minute but Japan hit back through Tatafu to leave the match evenly poised as half-time approached.

France full-back Melvyn Jaminet spurned a golden opportunity to send his team into the break with a lead when he threw a pass to Moefana into touch with the try line at the centre’s mercy.

The visitors never looked back in the second half once fly half Matthieu Jalibert had taken out Japan centre Dylan Riley with a drop of his shoulder, then dashed through the gap to release Lebel to score.

Penaud scored his second of the match before Moefana added another with a chip and chase down the wing three minutes later, and Bourgarit rumbled over following a drive from the French forwards.

“We tried to keep hold of the ball and take the game to them,” said Japan prop Keita Inagaki.

“There were lots of things we did well in the first half but we fell apart in the second.”