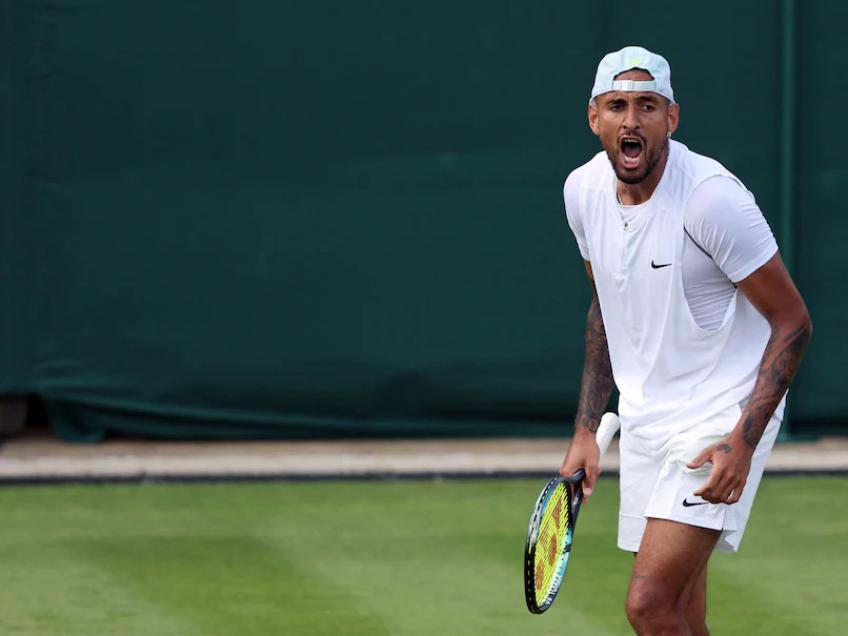 Eurosport tennis expert Barbara Schett said Nick Kyrgios spitting toward a fan at Wimbledon was “just not right” even if the Australian was indeed harassed from someone by the crowd. Kyrgios faced British wildcard Paul Jubb in the first round and had the whole crowd turned against him.

At one point, the cameras caught Kyrgios spitting in the direction of a fan. “Well, it seems like whenever Nick Kyrgios is on the court something happens, especially lately when the tension is piling up,” Schett said on Eurosport.

“It seemed like a fan harassed him, or he was not happy with somebody. The way he spat in the direction of the fan is not right and I’m not sure why he has done that. For him, it’s always important to relieve some tension somehow, but that’s certainly not the place to do anything like that.

It’s never a place to do anything like that. Every time, I feel with Nick Kyrgios we don’t only talk about his tennis, but we talk about how he behaves on the court. When will he learn? That’s the question.”

Schett unimpressed as Kyrgios was fined

On Thursday, Wimbledon handed Kyrgios a $10,000 fine for the spitting incident at Wimbledon. It wasn’t an easy opener for Kyrgios but he was able to escape with a five-set win over Jubb.

After the match, Kyrgios said the crowd was absolutely disrespectful toward him. “I just think spectators in general think there’s just no line there anymore. If I lose a match, you have no idea how much abuse I have to go through.

It’s a whole generation of people on social media feeling like they have a right to comment on every single thing with negativity,” Kyrgios said. Kyrgios bounced back from a tough opener as he defeated Filip Krajinovic in three sets to set up a Stefanos Tsitsipas meeting in the third round.