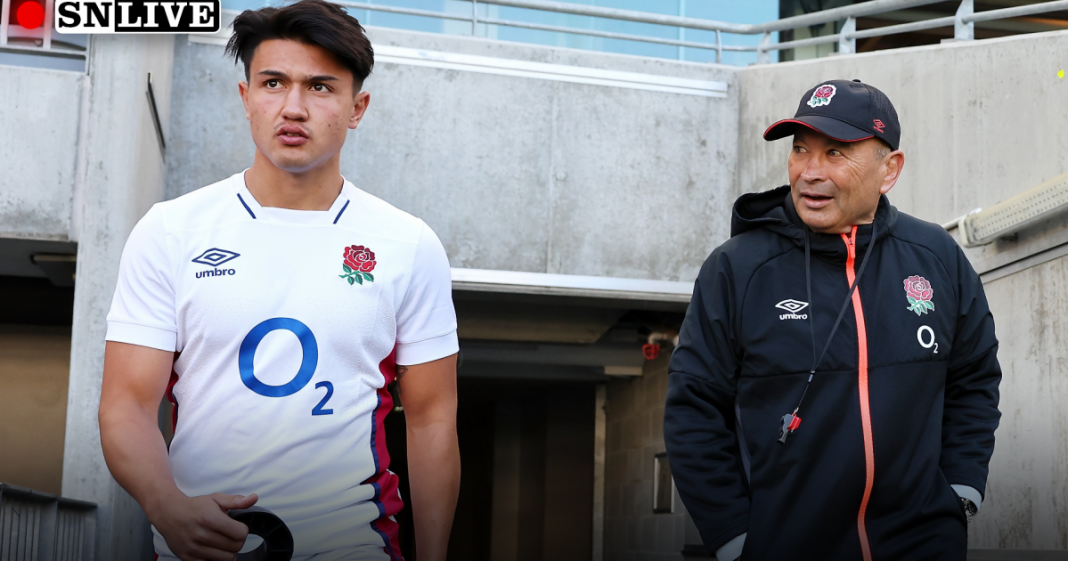 Eddie Jones will look to continue his immaculate record against Australia as England head coach in the first Test in Perth.

Jones has an 8-0 record against the country of his berth since taking charge of England, but preparations for the tour have not been ideal.

The recent Twickenham thrashing at the hands of the Barbarians has placed pressure on the outspoken tactician.

Australia vs. England live updates, highlights from the 1st Test

15 minutes from kickoff: There’s plenty of intrigue around how England’s creative engine room will function. Veteran scrum-half Danny Care is back from a four-year international exile and is paired with fly-half Marcus Smith, his mercurial Harlequins teammate. Outside Smith at 12 is the steadying influence of Owen Farrell, whose imperious kicking game will need to be on point from hand and tee.

30 minutes from kickoff: Last time England were in Australia six years ago, they ran out 3-0 winners in a stunning series whitewash. That was very much the start of their adventure under Jones, who had not even been in post 12 months by that point after England’s 2015 World Cup failure. That was unquestionably the start of something quite special. The question today is whether we’re now reaching the end of a story.

50 minutes from kickoff: There’s a bumper schedule of internationals today, with all of the home nations in action down in the Southern Hemisphere. England will hope to fare better than Ireland, who have just been given a lesson in clinical finishing from New Zealand.

1hr 5 mins from kickoff: Hello and welcome to The Sporting News’ live coverage of the first Test between Australia and England.

🎧 Can’t wait to run out in front of our home fans at Eden Park!

Australia head coach Dave Rennie has opted for an experimental squad for the series with less than a third of his 2019 World Cup panel included this time around.

Cadeyrn Neville, 33, will become Australia’s third-oldest debutant since the Second World War with a start in the second row. There is also a debut for Dave Porecki.

Michael Hooper captains a side that includes Quade Cooper, Samu Kerevi and Marika Koroibete, the Japan-based trio having missed the Wallabies’ spring tour.

Jones updated his squad to 36 players ahead of their departure from the UK with experienced pair Danny Care and Billy Vunipola both called up as late additions with 10 players ruled out through injury.

Courtney Lawes will start the first Test as captain, with Vunipola in at No.8 and Care starting for the first time since November 2018.

How to watch Australia vs. England

USA/Canada/Australia: Streaming is available on Flo Rugby, which is available through the Flo Sports App and Roku, Fire TV, Chromecast & Apple TV.

Viewers in Australia can also subscribe to Stan Sport, which offers a free seven-day trial.