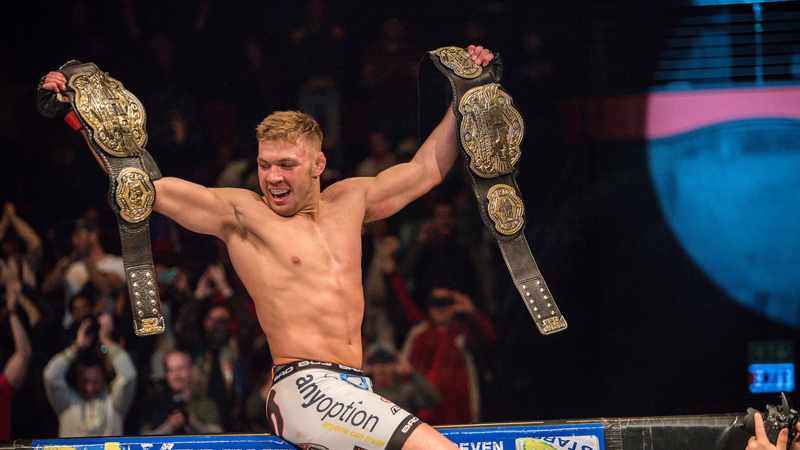 He goes up against the experienced American Brad Tavares in the marquee event for International Fight Week. After joining forces with the MMA (Mixed Martial Arts) the Pretoria kickboxer and former SA EFC (Extreme Fighting Championship) champion is undefeated after two bouts.

The MMA is touting Du Plessis as a future world champion after his two KO wins against far more experienced campaigners like Markus Perez (13-6) and Trevin Giles (14-4) over the past two years.

Since then, Du Plessis has been starved of action due to injuries to himself and opponents and in the past year, three bouts failed to materialise.

Du Plessis’s biggest goal is to land a ranking and a win over the 34-year-old middleweight Tavares (14-6) could catapult him into the world’s top 15.

“I have the goal, which is to be the greatest fighter to ever walk the Earth. And to be able to do that, I have steps to follow,” said the 28-year-old Du Plessis, at a presser in Vegas this week.

“I want to be the kind of champion that gets that pound-for-pound No 1 and holds that spot and doing so in spectacular fashion so that nobody can deny that I’m the greatest of all time.”

Tavares has fought the world’s best middleweights in the past four years including the champion Israel Adesanya, former champ Robert Whittaker and ex-title challenger Yoel Romero.

“I think they’re really not doing me any favours getting into the top 15,” said Du Plessis.

“Tavares is an incredibly tough opponent. I think he’s always been game – he always comes to fight, he’s always in shape.

“He got beat pretty badly by the champ (Adesanya), but it wasn’t like he just shelled up. He tried to get that fight.

“He tried to get the champ out of there every chance he got. But he’s not fighting one of those guys – he’s fighting me. He’s an incredible fighter. I think he always has been. But I do think he’s never quite progressed.

“He’s not going to shoot for the takedown, is he? No. He’s not going to start to strike more strategically. No, he’s going to come out there and bang, his traditional muay Thai style, trying to throw the heavy legs kicks.

“Respect to him. He’s an amazing athlete and a tough fighter and a great gatekeeper, but there’s a new generation coming through.”

The good news for local fight fans is that the bout will be shown on Sunday morning on SuperSport from 4am.