Utility back Damian Willemse happy to be the new Frans Steyn 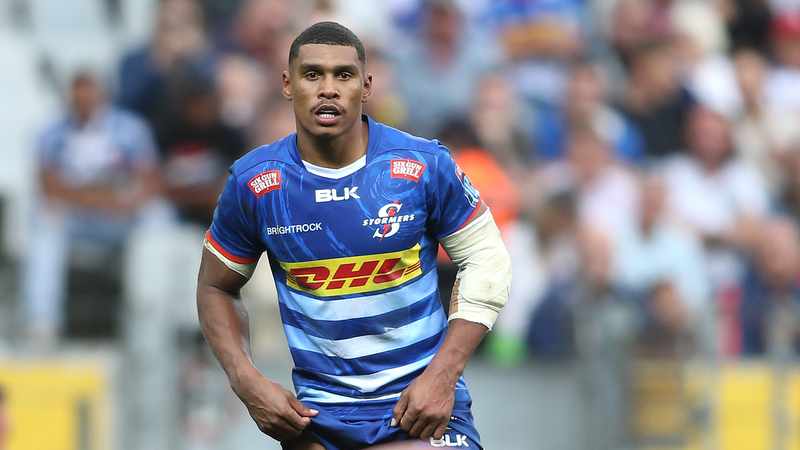 Durban — There was a time when being versatile could be the kiss of death for a rugby player but for Damian Willemse, the label of being the “New Frans Steyn” is a blessing rather than a curse.

Some years ago, we saw “Pocket Rocket” Brent Russell suffer when the coaches could not make up their minds where to play him in the backline, and Patrick Lambie to a degree suffered similarly but Willemse says that versatility in the modern game gives him a few extra quivers in his bow.

The 24-year-old is starting at fullback against Wales on Saturday after having played a number of games at 12 for the Stormers and he can also slot in at 10 against Wales should Elton Jantjies go down.

👉 ICYMI: The Bok team that will face Wales at a sold-out Loftus Versfeld on Saturday – more here: https://t.co/y7xTCYlOHx#StrongerTogether #StrongerForever pic.twitter.com/SnYNBpOsP2

But it will be only his fourth start in the 15 Tests he has played so far since making his debut in 2018.

“Being able to play a number of positions is something I have been working on with the coaches for a few years now and I am comfortable with it,” Willemse said on Wednesday. “At the Stormers, I have also been playing multiple positions — I even went to the wing in one game against the Sharks.

“I enjoy being able to play the various positions and it is definitely a skill set that I have working on in training under the instructions of the (Bok) coaches. And if this is going to make me as useful as Frans Steyn, I welcome it,” he said of Bok legend Steyn, who has played 74 Tests for the Boks and seldom has played the same position two matches in a row.

The 35-year-old Steyn is currently injured but still in the Bok frame.

Willemse was asked if he would take over from Jantjies should the flyhalf get injured but he hinted that the plan would rather be for Willie Le Roux to come on from the bench.

“I can cover 10 if Elton goes down but Willie is also very good at first receiver and has been running behind those pods (at training),” he said.

He was also asked if Jantjies starting ahead of Handre Pollard would mean a different type of game from the Boks.

“Elton is a different player to Handre. What Elton brings is a bit more of a tactical kicking game — Elton has a variety of kicks in his arsenal,” Willemse answered. “Elton and I have been working hard on our tactics and I have a feeling he is going to be the man on Saturday and we are going to see the kind of special performance we saw from him in the Rugby Championship. He was very special for us in that game against the All Blacks.”