Saudi LIV Golf critics should move on from the ‘bad’, says Bryson DeChambeau 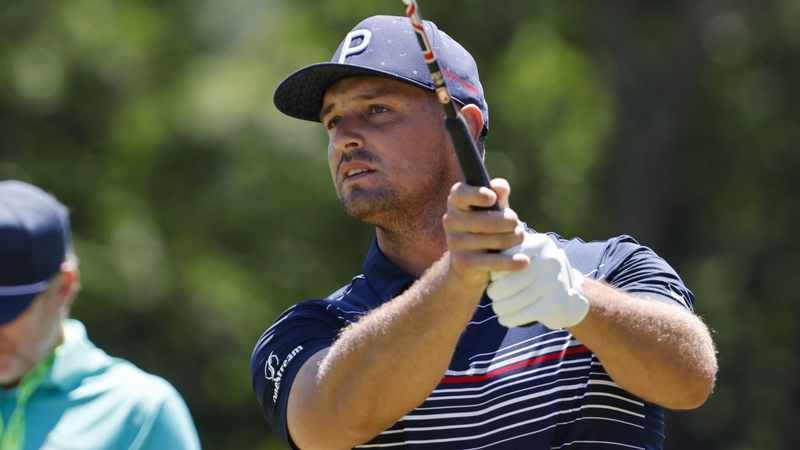 The 2020 US Open champion spoke ahead of Thursday’s kickoff of the upstart tour’s first US event and second overall at Pumpkin Ridge in North Plains, Oregon.

Asked about concerns over the new circuit’s financial backers, the 28-year-old American said people need to look at the good things LIV Golf could bring.

“I understand people’s decisions on their comments and whatnot. But as it relates to me, I have made my own decision,” DeChambeau said.

“Golf is a force for good and I think as time goes on, hopefully people will see the good they are doing and what they are trying to accomplish rather than looking at the bad that has happened before.

“I think moving on from that is important and going and continuing to move forward in a positive light is something that could be a force for good for the future of the game.”

Saudi money is backing the richest prizes in golf history with $25 million at stake in this week’s 54-hole tournament. It has lured a number of US PGA Tour stars despite bans for those who jump to LIV Golf.

Asked about concerns with Saudi involvement, four-time major winner Brooks Koepka said, “We’re here to play golf. We’re excited about it. We’re going to go out there, put on the best show we can.”

American Pat Perez, also making his LIV debut this week, replied, “I don’t have any concerns. I’m playing golf. This group has provided me an opportunity to play golf and have a different schedule and that’s my only concern.

“I understand the topics you’re trying to bring up, and they’re horrible events, but I’m here to play golf. That’s my deal.”

Players said a smaller schedule, only eight events this year, and richer purses were major reasons they made the jump to LIV Golf.

“I wanted to spend more time with my children,” said 2018 Masters winner Patrick Reed. “I wanted to be a dad. And to have an opportunity where I can play with some of the top players in the world.

“The reason why we’re able to do that is because our purses are higher.”

Koepka, who had supported the PGA earlier, said his decision was made last week.

“My opinion changed. That was it,” he said. “We didn’t have the conversation ’til everything was done at the US Open.”

Nagging injuries and recovery times were factors in his choice, citing burnout.

“What I’ve had to go through the last two years on my knees, the pain, the rehab, all this stuff, you realize, I need a little bit more time off,” Koepka said.

It could cost top players their chances to compete in some majors after this year, if the tournaments follow the US PGA Tour in banning LIV talent.

“When it comes to the majors, we don’t really know where they all stand,” Reed said. “Having a green jacket, I would think I’d be able to play there for the rest of my life. At the end of the day, that’s going to be up to them.”

Reed also noted PGA plans to boost prize money at some events in 2023 and the launch of three new PGA events with big prize money.

“Seeing how miraculously the purses all of a sudden went skyrocketing back up on the PGA Tour — it just shows that they obviously believe that this is not only a true threat, but a great tour as well if they’re going and copying what we’re doing,” Reed said.