Ryan Peniston on his cancer treatment 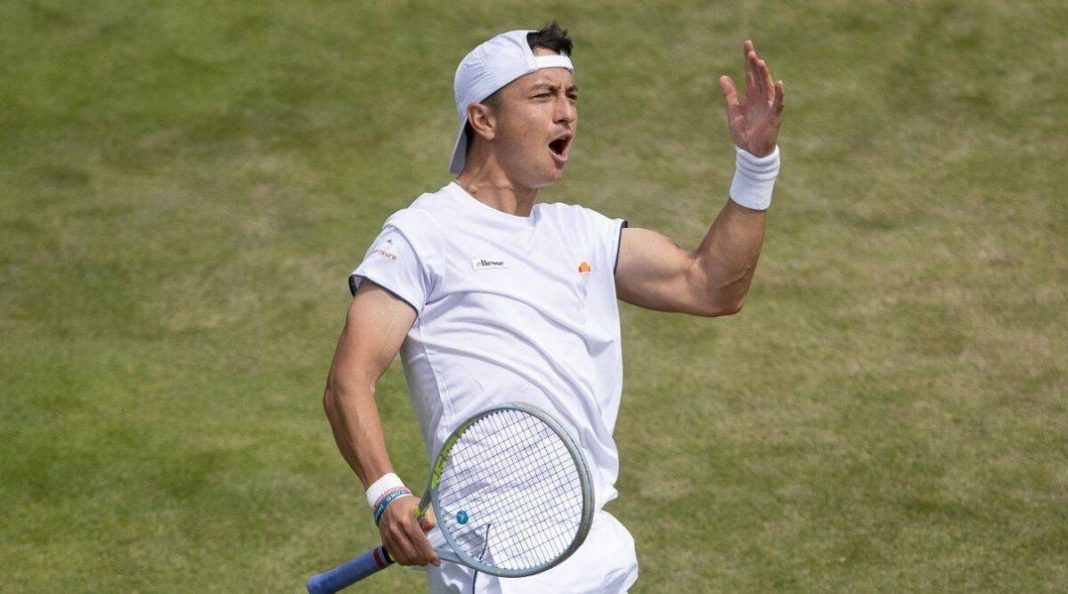 Ryan Peniston continued his fairy tale as he registered a 6-4, 6-3, 6-2 win on his Wimbledon debut against world number 95 Henri Laaksonen, qualifying for the second round.

Peniston, who was diagnosed with rhabdomyosarcoma (a rare type of cancer that forms in soft tissue) that prevented his body from growing or developing, as ‘a blessing in disguise’.

On his Grand Slam debut, Ryan Peniston reaches the second round with a 6-4, 6-3, 6-2 win against Henri Laaksonen#Wimbledon pic.twitter.com/ovykjhcS5H

“They all were growing and getting bigger serves and everything. I was struggling just trying to run around and get the balls. It made me definitely tougher as a player and a person I think. Yeah, it’s a blessing in disguise really.”

The 26-year old British tennis player had earlier this month had earned a win against Casper Ruud in the opening round at Queen’s to qualify for the grass court grand slam, defeating the world number five and recently a French Open finalist 7-6(4), 7-6(2).

Opening up on his treatment during childhood to Daily Express, Peniston said, “I don’t remember tons of it which is I guess a good thing.”

“So when I was a one year old I was diagnosed with rhabdomyosarcoma. I went into hospital and had to have chemotherapy and then surgery and then more chemotherapy, it lasted about 18 months. It was definitely a difficult start to my life, I don’t remember much but from my parents and my brothers it must have been a pretty tough time.”

After qualifying for the Wimbledon, Peniston said he hoped he had made his family proud.