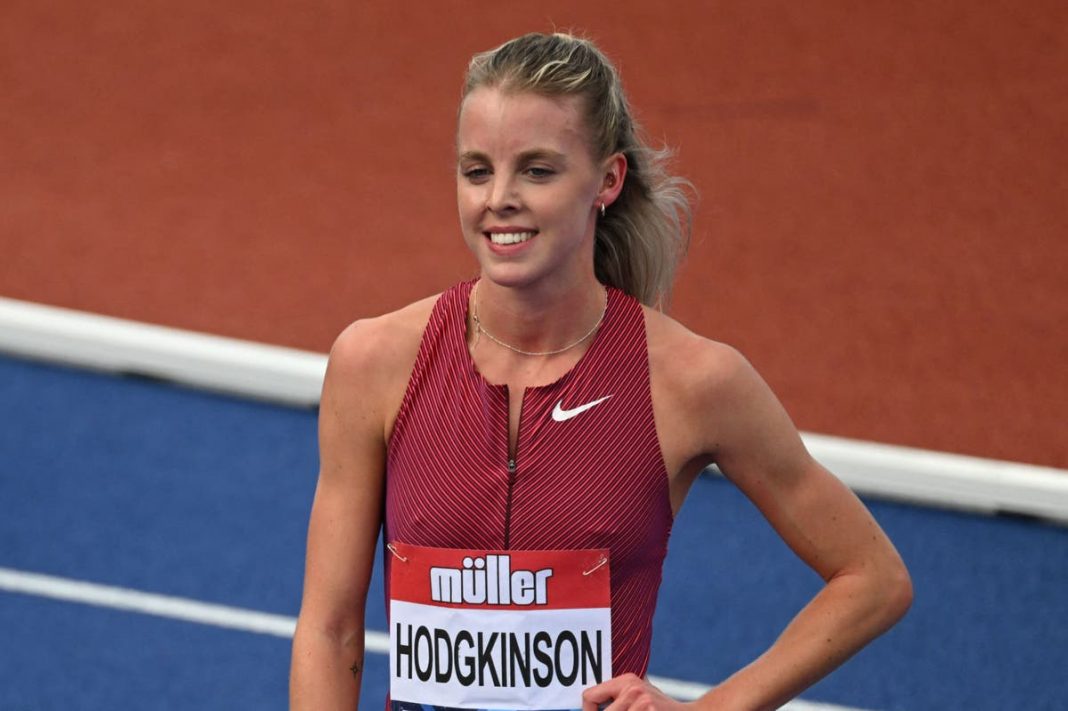 Olympic bronze medalists Josh Kerr and Holly Bradshaw also feature, as does rising young star Max Burgin, who is the fastest man in the world this year over 800m.

Only athletes who both achieved the qualifying standard and finished in the top two at last weekend’s British Championships, which doubled as World Championship Trials, were guaranteed selection, with further places at the discretion of UK Athletics’ selection panel following a meeting on Monday.

However, there may yet be further additions to the British team once World Athletics finalises invites to fill remaining places based on its ranking system on Wednesday.

Asher-Smith had qualified automatically for the 200m on account of her gold medal in Doha in 2019 and will double up in the 100m, though she was beaten in that event at last weekend’s British Championships by team-mate Daryll Neita. Neita also won the 200m – in which Asher-Smith did not compete – but is currently only selected over the shorter distance having not run the 200m qualifying time, as well as in the 4x100m relay.

In the men’s sprints, Adam Gemili has received a discretionary spot to join Nethaneel Mitchell-Blake and Joe Ferguson in the 200m, while Zharnel Hughes and Reece Prescod have been selected over 100m but the British champion in the event, Jeremiah Azu, is only part of the relay team. His 9.90s to take a maiden national title in Manchester was wind-assisted and therefore not eligible as a qualifying mark.

Hodgkinson qualified automatically for the women’s 800m as the 2021 Diamond League champion and is joined by Jemma Reekie and Alex Bell, all three of whom reached the Olympic final in the event last summer. Both Bell and Katie Snowden (1500m) appear to have been rewarded for their displays in Tokyo, having earned discretionary selection after missing Trials.

There were also three Brits in the men’s 1500m in Tokyo, where Kerr is unsurprisingly selected alongside Jake Wightman and Neil Gourley despite only finishing third behind the pair of fellow Scotsmen at Trials.

In the men’s 800m, British champion Burgin is joined by Daniel Rowden and Kyle Langford, who has rediscovered his old form this season after finishing fourth at the 2017 World Championships.

Jessica Judd and Eilish McColgan are both slated to double up in the women’s 5,000m and 10,000m, while world indoor medalist Marc Scott is the pick of the men’s distance team in the 5,000m. Former world indoor champion Andrew Pozzi has earned selection in the 110m hurdles, despite finishing only fourth at Trials.

Olympic pole vault medalist Bradshaw heads the field contingent, while Britain also boast strong squads in both sprint relays and the women’s and mixed 4x400m. However, they did not qualify a men’s 4x400m team, though the in-form Matthew Hudson-Smith goes in the individual event.

The team will be charged with building on a mixed Olympics in Tokyo last summer. Britain were hit by injuries to the likes of Johnson-Thompson and Asher-Smith and left the Games without winning an athletics gold medal for the first time since Atlanta 1996.

However, the middle-distance trio of Muir, Hodgkinson and Kerr proved a shining light as Britain eventually left Tokyo with six medals, though one of those was subsequently stripped as the men’s 4x100m team lost their silver on account of CJ Ujah’s failed drugs test.