Starting Marcell Coetzee makes lots of sense for the Springboks 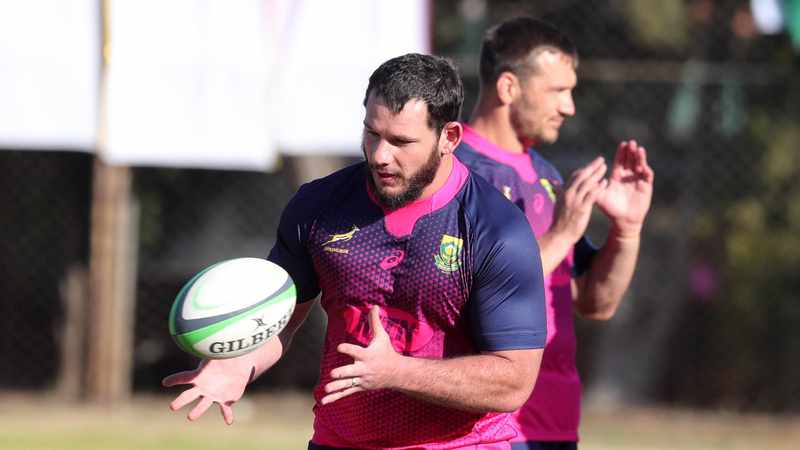 Durban – Hometown boy Marcell Coetzee could be recalled to the Springboks for the first time since 2019 after it emerged yesterday that Pieter-Steph du Toit has been ruled out of Saturday’s first Test against Wales at Loftus.

The composition of the loose trio will indeed be the major focus of attention when coach Jacques Nienaber today announces his first Bok team since last November’s tour to the UK.

With two experienced players in No 8 Duane Vermeulen and Du Toit injured, Nienaber has been forced to explore an array of options in the loose-forward department, and fortunately for South Africa, he is not short of riches.

The much-anticipated comeback of Du Toit has had to be put on hold for at least another week after the 2019 Rugby Player of the Year was ruled out of the first of three Tests against the Welsh.

Du Toit was injured almost a year ago in the first Test against the British & Irish Lions and while he played some rugby for his club in Japan a few months back, it had been hoped that Loftus would mark his return to the green and gold.

“Everyone is available for the Test, except Pieter-Steph, who’s still in his rehab phase,” Bok assistant coach Deon Davids said yesterday.

“Pieter-Steph’s class is obvious, he was the best player in the world for a period. He and Duane play important leadership roles so it is not ideal to have them injured, but we need to see the glass as half-full.

There are exciting youngsters you can give an opportunity to as well as versatile, experienced guys like Franco Mostert.

“Of course we would have liked the continuity of a Pieter-Steph, but we can now broaden the base and we’ll make the best decisions for the team going forward.”

If there is a silver lining to the cloud of the experienced pair being injured, it is the fact that the Boks have ample, skilled replacements.

The replacement for Vermeulen is likely to be last year’s stand-in No 8 Jasper Wiese and a like-for-like replacement for Du Toit is surely the vastly experienced Coetzee, although Mostert has also played there in Du Toit’s absence.

Starting the popular Bulls captain on his home pitch makes a whole lot of sense and in any case, Nienaber had hinted that he will blood youngsters Louw and Roos later in the series, and depending on how the Boks fare — he has said that if the first two Tests are won, he will be tempted to blood newcomers in the third.

Nienaber also has Fourie and Smith at his disposal and it is likely that they will both be on the bench.

Meanwhile, the Boks welcomed flyhalf Handre Pollard into the camp yesterday following his involvement in the French Top 14 final at the weekend.

The only back-up flyhalf to Pollard is Elton Jantjies but Nienaber has said that if calamity strikes Pollard and Jantjies, veteran fullback Wille le Roux can do a job at No 10.

“Willie was also the flyhalf insurance policy for Steve Hansen at the Toyota Verblitz in Japan this season,” Nienaber said.

“Damian Willemse also trained as flyhalf last week and we can also play Cheslin Kolbe there. We have several options at flyhalf.”