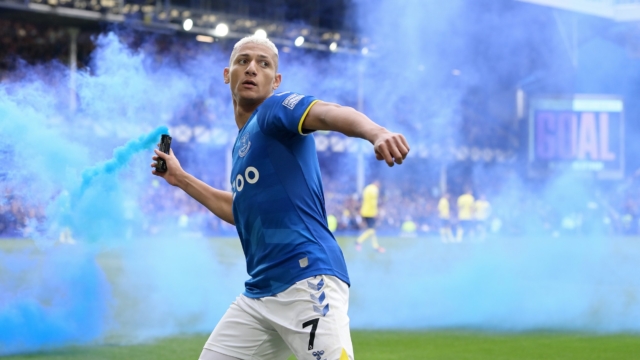 After a trying season in which there has been no shortage of discontent at Goodison Park, it looks as if the blue half of Liverpool may be set for a similarly unhappy summer. Following a season in which one of the richer clubs in the division struggled against relegation, it is the institutional leadership which is coming under pressure now.

That was after a deal was signed with Stake.com, a betting and cryptocurrency business based in Curacao, which the club proudly announced as a record deal in terms of sponsorship for Everton. The company has expanded across the globe since its foundation in  2017 and has deals with the likes of Sergio Aguero.

Yet as referenced by RTE, the clubs fans have not taken kindly to the move. A petition has been set up by Everton fans manifesting their unhappiness with the gambling aspect of the company and their association with Everton – it now has over 20,000 signatures. A local fan and recovering gambling addict Ben Melvin also told the press it didn’t fit the club.

“When I heard Everton had signed a partnership with Stake.com it was a shock because it wasn’t something I saw as fitting well with Everton’s standards they set themselves,”

RTE also referenced the fact that Everton are entering a trickier financial spell after recording losses for three straight years. With the loss of Alisher Usmanov’s sponsorship, which is part of restrictions on Russian billionaires, the club are looking to raise as much money as possible.

“A lot of people were saying ‘We need every penny we can get’ but that doesn’t involve selling the soul of the club for it,” Melvin also remarked.

This is part of a wider debate in football about gambling and how much influence and airtime it should receive. The rising problems with addiction are said to exacerbated by the constant presence of betting companies in the game, while in Spain the government has banned betting sponsorship within stadiums.