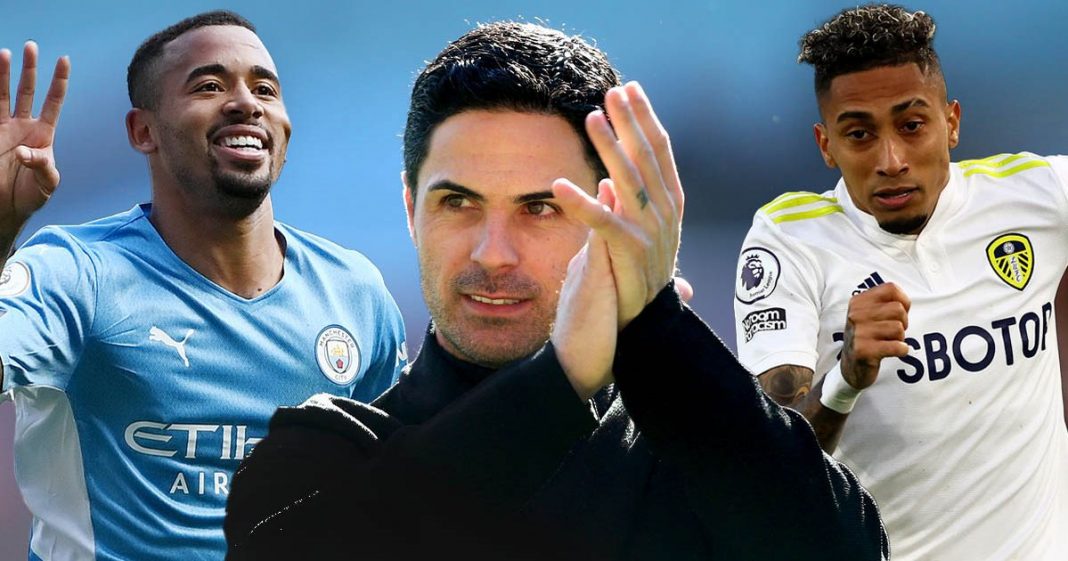 Arsenal will have more games to play in the 2022-23 after qualifying for the Europa League, and manager Mikel Arteta has already begun adding to his squad for the new campaign

Mikel Arteta has been wasting little time bulking up his squad as Arsenal prepare for a return to European competition.

The Gunners may have missed out on a spot in the Champions League on the final day of last season, but they still have Europa League football to look forward to. That means more games, and more games means more players may well be needed.

Arteta has already overseen a number of new additions, with Gabriel Jesus set to become the fourth new arrival when his move from Manchester City becomes official. And, after already adding Marquinhos, Fabio Vieira and Matt Turner, the manager now has the task of putting together a 25-man squad for the Premier League season.

Arsenal have been handed a boost with the recognition that William Saliba and Gabriel Martinelli will qualify as homegrown players for the upcoming campaign. However, the Premier League and Europa League have different rules regarding what qualifies a player as homegrown.

Those currently under 21 do not need to be included on the main Premier League list, for example. This is why there was no need to include Bukayo Saka in the 25-man allocation either last season or this, and why teenage arrival Marqunhos will also fall into that category.

With plenty of time left before the transfer window shuts, Arsenal will likely look to make further new signings, with Leeds United forward Raphinha among those linked. Here, Mirror Football attempts to pick out a dream squad for Arteta if he gets all the ins and outs he wants by August.

What would represent a perfect summer for Arsenal? Have your say in the comments section

Arsenal have added USA international Matt Turner to their ranks
(

The arrival of Turner will leave Arsenal with two senior internationals competing for a starting spot, and it could even be three if Bernd Leno sticks around. However, all signs point to the German leaving north London, with his agent hitting out at Arteta.

Rather than reintegrating Alex Runarsson, whose future remains uncertain after a season on loan in Belgium, Arteta may prefer to keep academy talent Arthur Okonkwo as third choice. The London-born stopper will still count towards the under-21 list this season, having been born after January 1, 2001.

Takehiro Tomiyasu and Kieran Tierney both impressed when fit last season, though the pair’s injury record means there will always be a need for cover. Cedric Soares can continue to fulfil that role on the right, with Hector Bellerin tipped to leave permanently, but an exit for Nuno Tavares – who will no longer count as an under-21 player this term – seems likely.

A number of left-back options have been mooted, and Arteta may prefer someone who is capable both centrally and on the left. This could mean Lisandro Martinez, with a bid lodged for the left-sided centre-back which could test Ajax’s resolve.

In the middle, William Saliba is expected to return from loan to compete at centre-back, with no need to further add to options also including White, Rob Holding and Gabriel. This would free things up for Pablo Mari – who ended last season on loan at Udinese – to leave permanently.

£34m man Fabio Vieira will be expected to strengthen Arsenal in midfield, but he might not be the only new addiiton in the middle. The Gunners continue to be linked with Youri Tielemans, and the Leicester man would no doubt improve the squad if a deal can be agreed.

With Mohamed Elneny extending his stay, the Egyptian is one of a number of non-homegrown options in the middle, along with Granit Xhaka, Martin Odegaard, Thomas Partey and Albert Sambi Lokonga. However, Emile Smith Rowe, who turned 21 during last season, fills a homegrown slot.

In the wide spots, Saka doesn’t turn 21 until September, while Nicolas Pepe is not expected to begin next season with Arsenal after falling out of favour under Arteta. If more homegrown representatives are required then it could open the door for Reiss Nelson to return from his Feyenoord loan, but the likes of Lucas Torreira and Ainsley Maitland-Niles seem likely to depart.

Eddie Nketiah’s new deal will see him compete with Gabriel Jesus for a starting spot as Arsenal’s central striker, with the academy graduate taking a homegrown slot. Martinelli, who joined from Ituano in 2019, also counts as homegrown.

Leeds star Raphinha has been heavily linked with a move
(

There’s every chance Arsenal will spend more money in attack, with Raphinha among the high-profile targets. The Brazil international looks set to leave Leeds if their asking price is met, but the Gunners will face competition from the likes of Barcelona.

With extra European football, Marquinhos may end up beginning the season with the first team before ending the campaign out on loan. The same goes for Folarin Balogun, who Arteta may feel needs more game time before getting a proper crack at senior Premier League football.