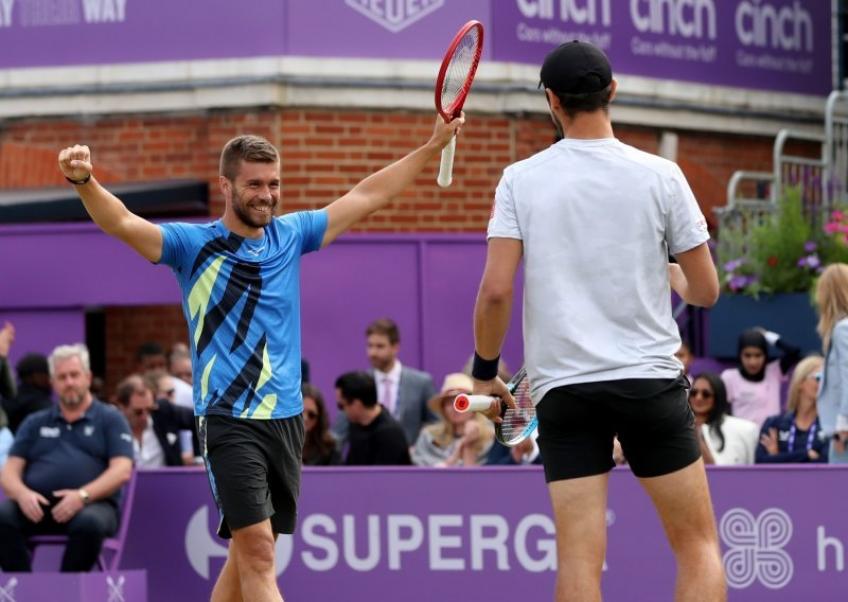 Croatia’s Nikola Mektic and Mate Pavic defeated Matwe Middelkoop and Luke Saville 6-4 6-2 in the Eastbourne doubles final to win back-to-back titles at the British grass court event. First-seeded Mektic and Pavic were determined to defend their Eastbourne title and they started the final with an early break in the third game for a 2-1 lead.

One break of serve was enough for Mektic and Pavic, who served out for the first set in the 10th game. At the start of the second set, Middelkoop and Saville had a 2-1 lead. Mektic and Pavic then went on a run as they claimed back-to-back breaks in the fifth and seventh games to win five games in a row and finish the final in style.

Mektic and Pavic, who also won Queen’s last week, head to Wimbledon with two grass titles under their belt. “We played good in Queen’s we played even better here, so we’re very comfortable now going into Wimbledon.”

Mektic said after the final.

Mektic and Pavic lifted their first title of the season at the Rome Masters in May. Now, they have won four titles in their last five tournaments played.

“We needed to get back the confidence. When we did finally in Rome, it opened up a little bit. We won the title and then obviously from Rome we lost just one match in the French and were on a good run. We have confidence, we’re playing well.

We’re going to be an interesting team at Wimbledon,” Pavic said. Elsewhere, Rafael Matos and David Vega Hernandez defeated Ariel Behar and Gonzalo Escobar 7-6 (5) 6-7 (6) 10-1 in the Mallorca final. As no breaks were seen in the first set, the opener had to be resolved in a tie-break, where Matos and Vega Hernandez opened a 6-3 lead before realizing their third set point.