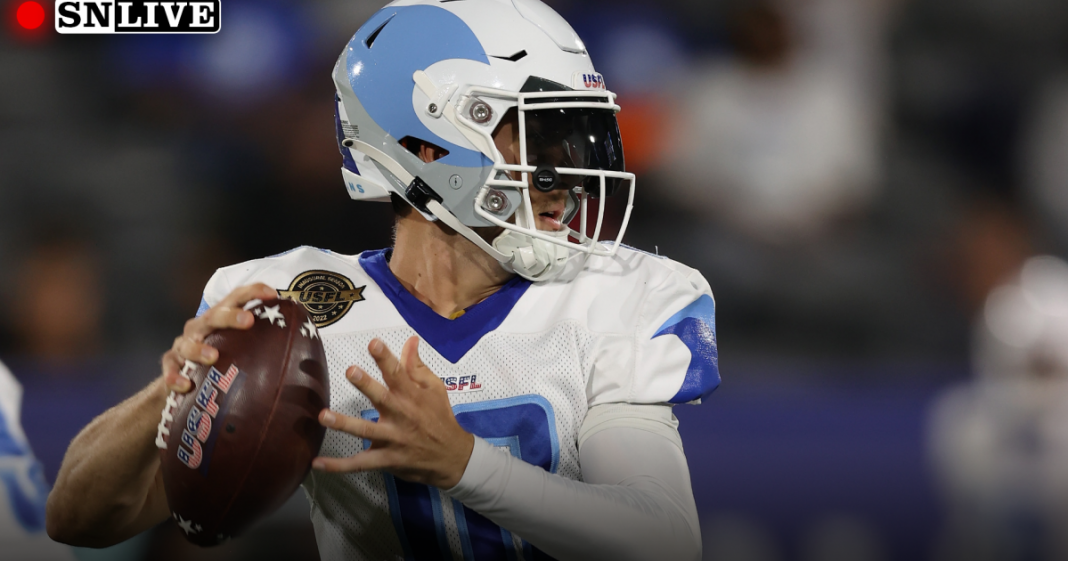 The New Orleans Breakers were unable to beat the Birmingham Stallions during their first two meetings in 2022. Birmingham won both games by single-digits as part of its eight-game winning streak to open the season.

Now, the two will do battle once again in the USFL playoffs with the Breakers looking to finally get over the hump and beat their South Division rival.

Each of the games that the Stallions have won were defensive battles. They won the first meeting 22-13 and the second 10-9.

In each contest, Breakers quarterback Kyle Sloter struggled against Birmingham’s strong defense; he threw four of his 11 interceptions against the Stallions compared to just two touchdowns. He will need to improve for the Breakers to have a chance to finally beat the one team they couldn’t this season.

The Stallions, meanwhile, will look to improve to 10-1 on the season and earn passage to the USFL championship. They will have to do so outside of Birmingham for the first time all season, so quarterback J’Mar Smith, running back Bo Scarbrough and wide receiver Victor Bolden Jr. will need to bring their A-game against a tough New Orleans defense.

The Sporting News is live scoring updates and highlights from Breakers vs. Stallions game on Saturday. Follow for complete results from the 2022 USFL playoff game.

7:45 p.m. — The Philadelphia Stars pulled off the upset of the New Jersey Generals earlier in the day thanks to a late punt return touchdown by Maurice Alexander. That means that the winner of Breakers vs. Stallions will take on the Bart Andrus-coached, Case Cookus-backed Stars, who went 6-4 during the regular season.

7:30 p.m. — Both the Breakers and Stallions were hyped up as they prepared to play at Tom Benson Hall of Fame Stadium. Here’s video of each squad heading into the game.

What channel is Breakers vs. Stallions on today?

The second USFL playoff game of the league’s semifinal Saturday will be broadcast on NBC. Jac Collinsworth will be the play-by-play announcer for the game while former Cowboys coach Jason Garrett will provide analysis.

Cord cutters will be able to watch Saturday’s game with fuboTV, which will provide access to all three of the USFL’s playoff games in 2022 and comes with a free trial.

The Breakers vs. Stallions game will begin at 8 p.m. ET on Saturday, June 25. The contest will take place at Tom Benson Stadium, which is located at the Pro Football Hall of Fame in Canton, Ohio.