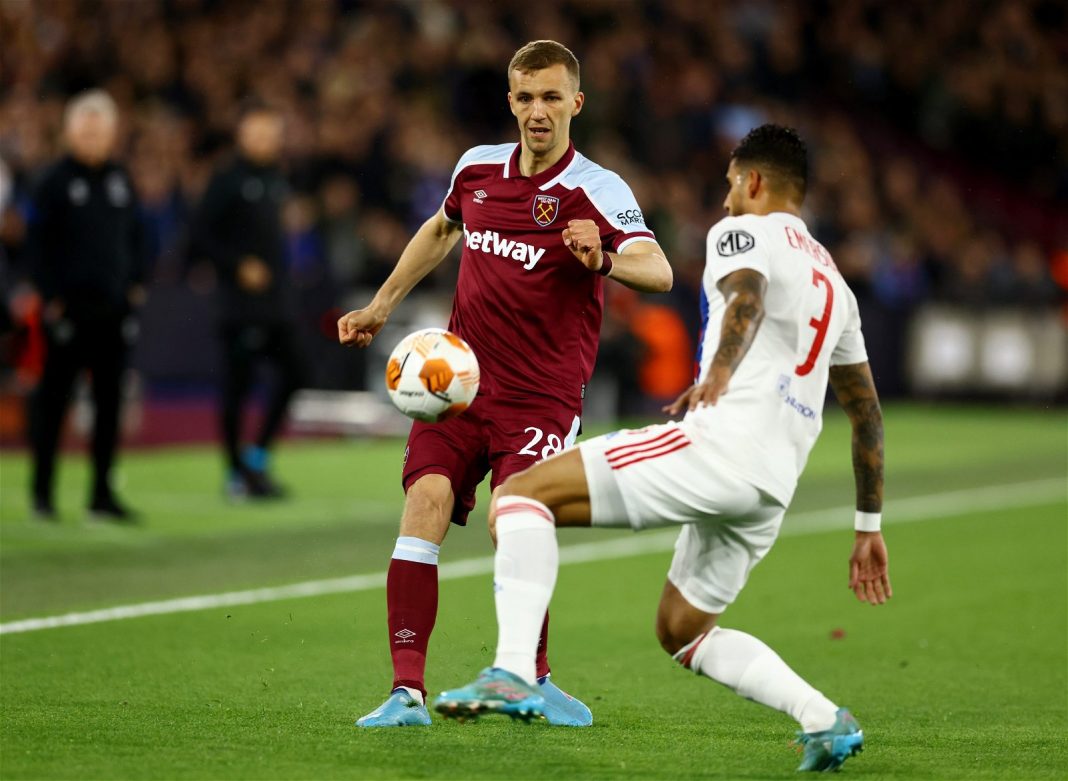 Aston Villa have been linked with a summer move for West Ham United midfielder Tomas Soucek.

According to a recent report from The Sun, the Villans, along with fellow Premier League clubs Everton and Newcastle United, are interested in signing the midfielder, with the Irons willing to entertain offers around the £30m mark for the Czech Republic star.

After making 157 appearances for his previous club Slavia Prague, in which he scored 40 goals and delivered 14 assists, the 27-year-old joined West Ham on an initial loan deal in January 2020. In the following summer’s transfer window, the Irons signed Soucek permanently on a four-year deal worth £15m.

The £47k-per-week midfielder has made 102 appearances for David Moyes’ side in all competitions, scoring 18 goals and supplying two assists.

With Soucek making 35 Premier League appearances last season, Declan Rice was the only outfield player at West Ham to rack up more minutes than the Czech midfielder, highlighting his importance to the team.

His overall performances earned him a solid season rating of 6.98/10, making him the third-highest rated player in the squad according to WhoScored.

Gerrard would love him

Hailed by Kevin Phillips as a “superb” player and a “master of arriving late into the box”, Soucek won 41 tackles and made 49 blocks, 55 interceptions and 119 clearances last season in the Premier League last term, highlighting his defensive capabilities.

In addition, only three other West Ham players had more shots at goal than the former Slavia Prague colossus (45) throughout the campaign.

Taking all this into account, it’s safe to say that it would be a very exciting prospect for Steven Gerrard to have a player like Soucek in his squad who can be just as useful in front of the opposition’s goal as he is at helping to guard the one behind him.

Would you take Tomas Soucek at Villa? 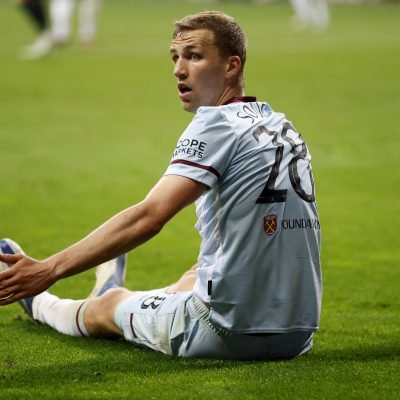 Bearing in mind how Villa conceded more goals than the likes of Burnley, Crystal Palace and Brighton last season, having a defensive-minded midfielder like the 27-year-old West Ham tank in their team could be just what they need in order to become a tougher opponent.

If the east London club could be tempted to sell the Czech Republic international this summer, then Villa should definitely be at the front of the queue to secure a deal for him.

In other news: Villa now in the mix to sign “elegant” £106k-p/w machine, imagine him & Carlos