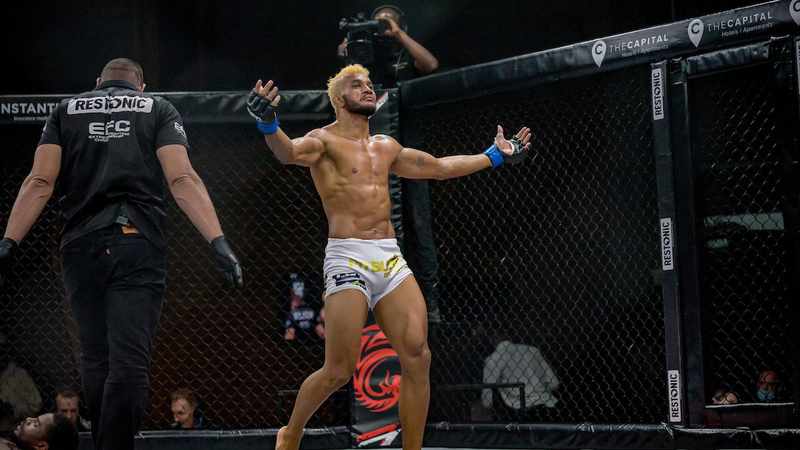 The Brazilian takes on 2021 semi-finalist and USA’s Bubba Jenkins (17-5) on the PFL 5 card at the Overtime Elite Arena in Atlanta, Georgia on Friday evening.

Ekson put his hand up during the PFL Challenger Series 4 after beating USA’s Mike Barnett (11-4) via a unanimous decision in March this year.

Since then he has wasted no time in proving to the PFL that he is ready to become a mainstay for one of the biggest MMA promotions in the world as he steps in as a late replacement for the injured German Saba Bolaghi (14-3-1).

The card will feature six new fighters joining the PFL 2022 season, four heavyweights and two featherweights who will all have a chance to earn points and possibly secure a coveted playoff position following the final regular season event which takes place on July 1.

Ekson recently vacated his Extreme Fighting Championship belt after being signed for the PFL Challenger Series.

The EFC have since confirmed that former champion, DRC’s Igeu Kabesa (13-2) and Angola’s Nerick Simoes (5-3) will fight for the vacant title at EFC 95 next month.

The co-main event sees global MMA star and former UFC lightweight champion, USA’s Anthony Pettis (25-12) in his second bout of the year against another former UFC athlete in the form of Scotland’s Stevie Ray (23-10) who has yet to earn a win in the PFL after losing to Alex Martinez (10-2-0 1 No Contest) in April earlier this year.