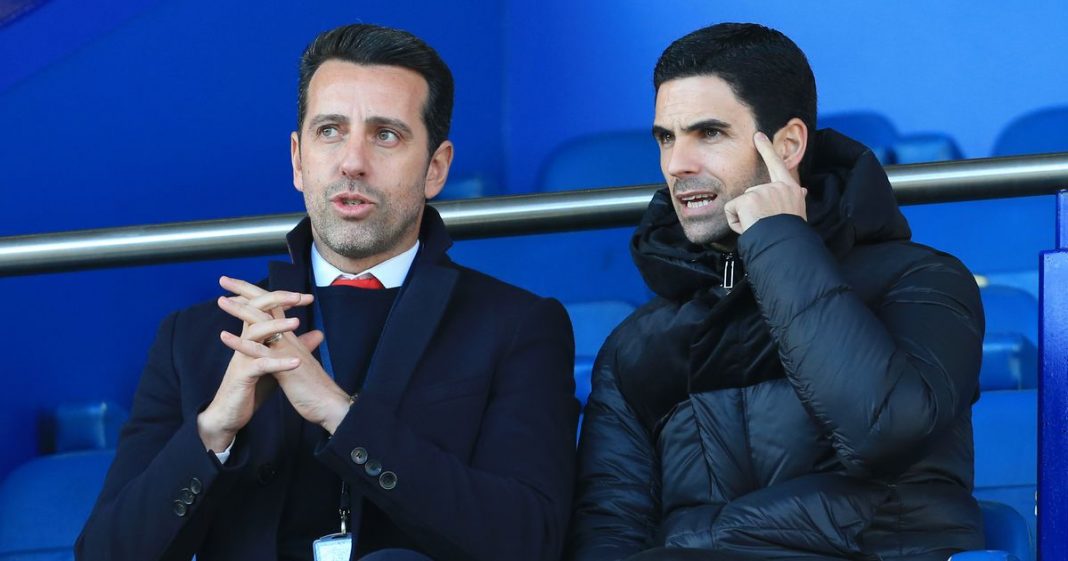 Arsenal technical director Edu has hinted the club plans to press on with making further signings this summer after welcoming Porto playmaker Fabio Vieira to the club.

The Portuguese ace follows the arrival of Sao Paulo teenager Marquinhos, but it appears the Gunners have no plans to stop there. After the signing of Fabio Vieira was confirmed by the club on Tuesday, Edu said Arsenal will “continue to work hard”.

It comes as Gunners boss Mikel Arteta has hailed “special talent” Fabio Vieira as the Gunners announced the signing of the talented playmaker. And Laura Woods has defended Arsenal’s decision to hand Thierry Henry’s iconic number 14 shirt to Eddie Nketiah after the move was branded “magic” for Spurs fans by fellow talkSPORT pundit Jamie O’Hara.

Join the debate!Does Fabio Vieira make it into your Arsenal starting XI? Let us know what you think here.

Arsenal are “looking forward to finishing this transfer window as strongly as possible” following the arrival of Fabio Vieira, according to the club’s technical director Edu.

The Gunners confirmed Vieira’s arrival on Tuesday with the 22-year-old set to be handed the number 21 shirt by his new club. Vieira scored six goals and provided 14 assists in 27 league appearances last season for Porto, who he reportedly leaves in a deal that could reach £34.36million.

And in announcing the young Portuguese star’s arrival, Edu hinted at the club’s plans for the rest of the transfer window as he said the Gunners will “continue to work hard”.

Arsenal boss Mikel Arteta says the club have signed a “special talent” in the form of Portuguese playmaker Fabio Vieira.

The highly-rated 22-year-old came through FC Porto’s youth system and has just helped Sergio Conceicao’s side win the league and cup double, registering six goals and providing 14 assists in 27 league appearances last season. Vieira was also declared the Player of the Tournament at the under-21 Euros last summer and his new manager could barely contain his excitement at signing him.

Calling the midfielder a “special talent”, Arteta says he expects Arsenal’s new signing to “bring high quality and versatility to our attacking play”.

Laura Woods has backed Arsenal’s decision to hand Eddie Nketiah the number 14 shirt after the move was ridiculed by Jamie O’Hara.

Nketiah ended speculation about his Arsenal future by signing a new long-term contract at the Emirates Stadium last week, and was subsequently handed Gunners legend Thierry Henry’s number 14 shirt number. But talkSPORT pundit O’Hara said the decision “sums up really where Arsenal are right now” with the Gunners giving the iconic number to “a player who didn’t even want to be at the football club”.

But Arsenal fan Woods has fired back at O’Hara by pointing out Nketiah is far from the first player to wear the number 14 since Henry’s Arsenal departure, adding there’s been “a lot of uproar before we’ve even seen what kind of a player he’s [Nketiah] going to develop into”.