Anthony Yarde says Joshua can KO Usyk if he attacks him 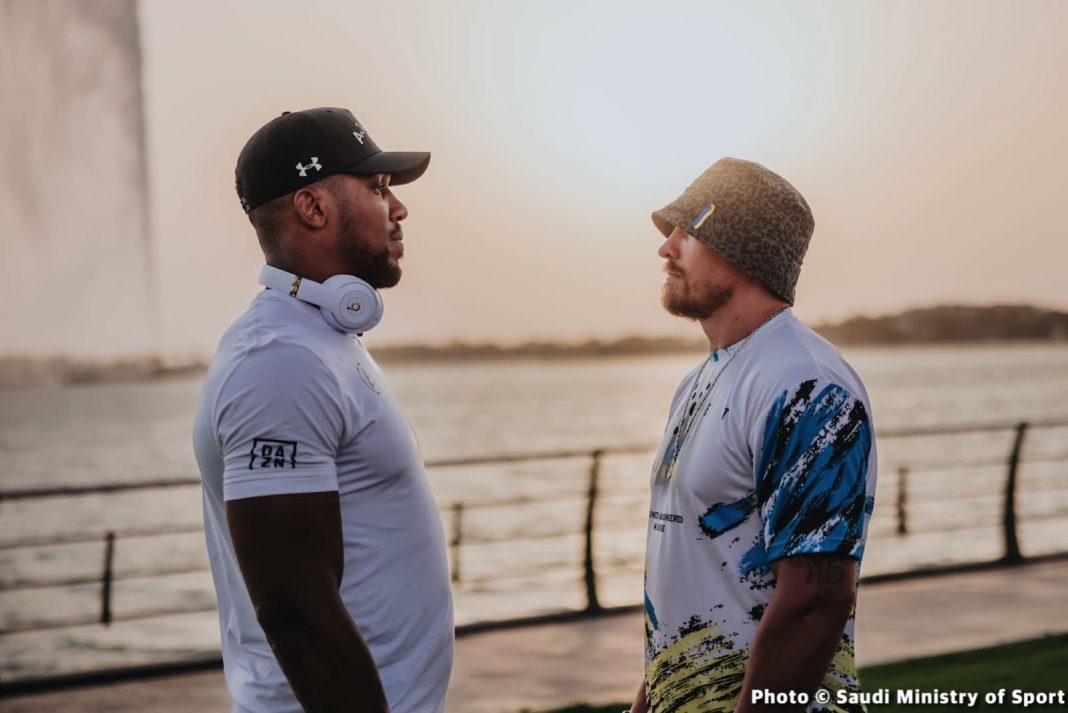 By Craig Daly: Anthony Yarde believes the ideal strategy for Anthony Joshua to take to knockout IBF/WBA/WBO heavyweight champion Oleksandr Usyk in their rematch is to attack him relentlessly on August 20th.

Yarde is among many people in the boxing world that believe Joshua got it wrong last time and only needs to use pressure to defeat Usyk in the rematch.

Unfortunately, we don’t know if Joshua would have been any better off if he’s taken the fight to Usyk because he might have gassed out or gotten clipped by fighting aggressively.

The last time Joshua fought in an all-out manner was his first fight against Andy Ruiz Jr, and he paid a heavy price by fighting that way in getting knocked out in seven rounds.

Since the loss to Ruiz, Joshua boxed his last three opponents and it worked for him until meeting up with Usyk. You can argue that if Joshua had fought aggressively against Ruiz in the rematch, he might have been knocked out again

Joshua tried to box Usyk in their previous fight in September, and that failed to work. Usyk easily outboxed Joshua, beating him by a 12-round unanimous decision at Tottenham Hotspurs Stadium in London.

“What tactics he uses, I feel like that’s what determines the fight,” said Anthony Yarde to Fighthype about Joshua and his rematch with Usyk.

“I would sway towards Joshua. If he attacks Usyk, Usyk not going to handle it. He didn’t [Usyk last time]. He came out here and started pawing like he was looking for a boxing match. And Usyk said, ‘Yes! Got him!’ Because you can’t out-box Usyk.

“He’s still learning. But when it comes to that thing of rolling your shoulders and swinging, that’s Joshua. So I feel like if he does that in the second fight he’ll stop him,” said Yarde.

Yarde is hardly qualified to be giving advice on what Joshua should do because he’s never won a world title. The only reason boxing fans are listening to Yarde now is he could potentially be the next opponent for Artur Beterbiev to be chopped up.

“Against Oleksandr Usyk, it’s not just a game plan and that’s going to work. You’ve got to switch and adapt during the fight, and I think he’s going to be very good at that,” said Eddie Hearn to Matchroom Boxing about Joshua being able to adapt.

“I don’t think you can just be aggressive against Oleksandr Usyk, but you certainly have to be aggressive. He [Joshua] has to let his hands go more,” said Hearn.

“The slight delay may even help Anthony Joshua spend more time with [trainer] Robert Garica. But certainly, a brilliant addition to the team.

“The whole team is full of confidence right now, and we all believe that Anthony will be victorious on August 20th,” said Hearn.