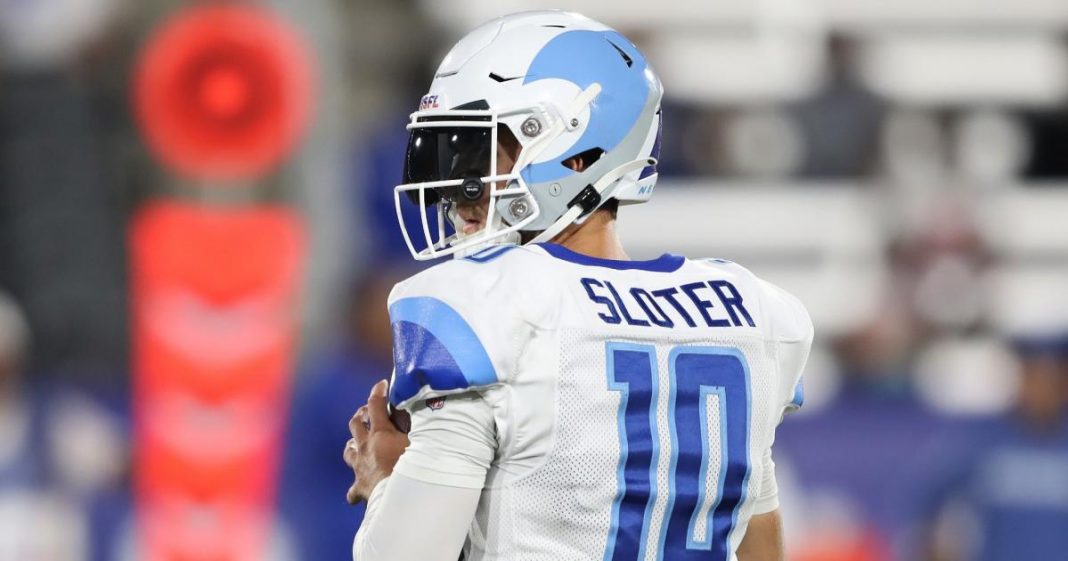 The USFL generated plenty of interest among football fans during its 10-game regular season. Now, they will want to tune in as the upstart spring league crowns a champion.

The USFL playoffs will begin on June 25 and will feature the four best teams in the league. The Birmingham Stallions, New Jersey Generals, New Orleans Breakers and Philadelphia Stars all posted winning records during the 2022 USFL season and now will participate in a three-game battle until one team is left standing.

The postseason format is simple. There are no byes, and the teams remaining will each play one game in the first week of the playoffs. That will determine who ends up in the USFL championship game.

Each team has a case to win the title this year. The Stallions began the year 8-0 thanks to Skip Holtz and J’Mar Smith, and they have beaten the Breakers twice already this year. Meanwhile, New Orleans has one of the best rosters in the USFL and an experienced quarterback, Kyle Sloter, who will have time to nurse a nagging groin injury ahead of the playoffs. He led the USFL in passing yards so if he can get healthy, he could perform well in the potseason.

The Generals have one of the USFL’s most balanced teams with a great Darius Victor and De’Andre Johnson-led running game and one of the league’s best defenses. As for the Stars, they have a terrific offense that is hitting its stride under Case Cookus. So long as they can block well for him, they will have a chance to win.

With all that said, USFL fans are going to want to catch what could be some exciting postseason action. Here’s a look at exactly how to watch each of the USFL’s three postseason games as well as some facts about the new league’s inaugural playoffs.

The USFL playoff bracket is fairly simple. The top two teams in the North Division will play one another for the right to go to the championship game. The same will happen in the South Division. Then, the two semifinal winners will meet in the USFL championship.

Below is a look at how that bracket will play out in the USFL’s inaugural season.

And for a visual of the bracket, you can turn to the USFL’s handy depiction of its three-game postseason.

Mark your calendars, the USFL Playoff schedule is officially SET 🙌🏆🗓

Which matchup are you most excited to watch?

When do the USFL playoffs start 2022?

The USFL playoffs will begin on Saturday, June 25, just about one week after the regular season ends. Both of the semifinal games will be played on that date, with the North Division battle between the Stars and Generals taking placed first and the Stallions vs. Breakers game playing out in prime time.

How to watch NFL playoff games on TV, live stream

Fox and NBC will combine to broadcast the three USFL playoff games. NBC will broadcast the South Division semifinal between the Stallions and Breakers while Fox will get the Generals vs. Stars game as well as the USFL championship game. The two families of networks combined to broadcast all 40 of the league’s regular-season games.

Viewers will be able to live stream all three of the games with fuboTV.

When is the USFL championship game?

The USFL championship game will be played on Sunday, July 3. The contest will take place at the Tom Benson Hall of Fame Stadium in Canton, Ohio, which is adjacent to the Pro Football Hall of Fame. The winner of the North and South Division semifinals will meet in the game.