Marcell Coetzee: Stormers dangerous, but ‘eager’ Bulls have shown they can win the big moments 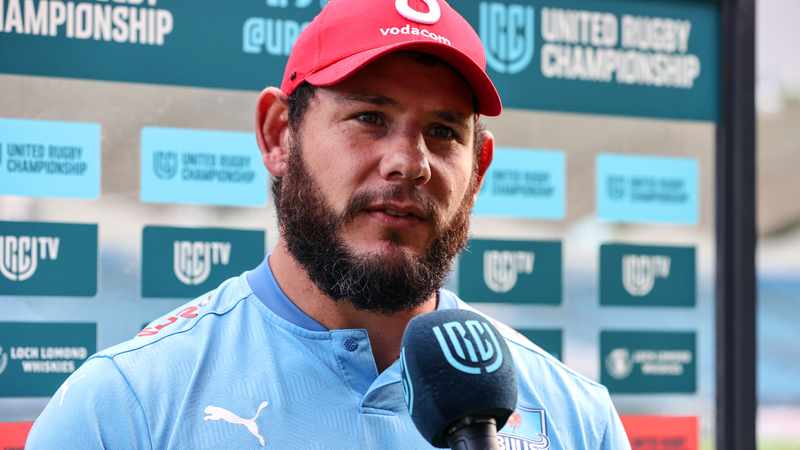 Cape Town — The biggest challenge facing the Bulls is whether they can produce a repeat performance from last week’s win in Dublin in Saturday’s United Rugby Championship final against the Stormers.

It was a triumph of such enormous proportions that in many ways, it supersedes whatever happens at the Cape Town Stadium (7.30pm kickoff).

The Bulls had just scraped past the Sharks 30-27 in the quarter-final, and then had to travel via multiple cities to Dublin to take on a Leinster team just six days later that were four-time defending champions of this competition’s previous incarnation, the PRO14.

They had to do that arduous trip back to Pretoria from Sunday, with some team members only arriving back in the capital city on Tuesday. So, the odds are stacked against Jake White’s team, as a Stormers side packed with Springboks and playing at home are waiting for them.

But that doesn’t mean it can’t be done. The extra motivation will come from the fact that the Bulls lost home and away to the Capetonians this season, and they will hope it’s a case of third time lucky on Saturday night.

“It’s not so much revenge… It’s a final, so it’s going to be personal on both fronts. It’s a completely new game on the day – anything can happen, and I said it for last week’s Leinster game as well: it’s 50-50 on the day. We will address that with the humility and respect that it deserves. It’s phenomenal that there are two (SA) sides in the final, and it’s good for South African rugby,” Bulls captain Marcell Coetzee said this week.

“The message was stated clearly right after the game as well… We booked ourselves in the final, (but) the job’s not done yet. Everyone bought into that. The plan that we executed worked to perfection, but it will show you how the team has grown if you can back that up the next week.

“That’s the biggest challenge for us going into this week. We take a lot of confidence from the performance. There are still a lot of fix-ons… We let Leinster into the game towards the end there – little mistakes that we can work on. There are also a few things that went well that we can improve on.

“As a team, we are always aspiring to grow our game and be better, and what way to be better than playing the Stormers in the final.”

The first of those defeats against Steven Kitshoff’s side came at Loftus on January 22, when Paul de Wet scored a late try to secure a 30-26 Stormers win, and in the second clash in Cape Town on April 9, Elrigh Louw dotted down with six minutes left, but the Bulls ran out of time to go down 19-16.

Coetzee, though, feels that his team have improved since. “I think it’s the execution. There were a lot of opportunities in those previous games that we played, that we could’ve sealed the deal. But we didn’t take the opportunities, and the Stormers did actually – and that’s what made them a very good side this season,” the openside flank said.

“Against Ulster, they had an opportunity to win the game and they took it. And that makes the Stormers dangerous. They use their opportunities to the fullest of their abilities.

“I think we, as the season went on, got better in that. We used our opportunities when it was necessary and we won the big moments. That’s what’s setting it up for a spectacle (of a) final. It’s going to come down to the team that wants it most, and being precise in what they want to execute, and using their opportunities.

“Going into this week against the Stormers, it is going to be a different animal completely. They are a quality outfit and have been consistent in their performance in the whole season. They are playing at home…

“From our side, you are sitting with a bunch of guys who are eager for the task and happy to go down there and want to accept the challenge. Both teams are going to be up for it wholeheartedly, and it’s going to be a great spectacle. It’s a blessing to be in a final, and the guys are feeding from that energy – from the people, from the build-up. It’s just a great excitement.”

The final is a chance to impress the Springbok management after Coetzee was recalled to the squad last weekend, as he will go up against a direct openside flank rival, Stormers No 6 Deon Fourie.

“Being selected for the Boks, it’s incredible. You’re just on the high of beating Leinster away, and managed to book a place in the final. And then you get the phone call the next day from your CEO, telling you ‘Listen, hey, you made it!’,” Coetzee said.

“It was an incredible feeling. You will never take that moment for granted every time the squad gets announced, and your name is on it. Obviously not being in the mix for a while now, you just appreciate it always. So, you never take those things ever for granted.”