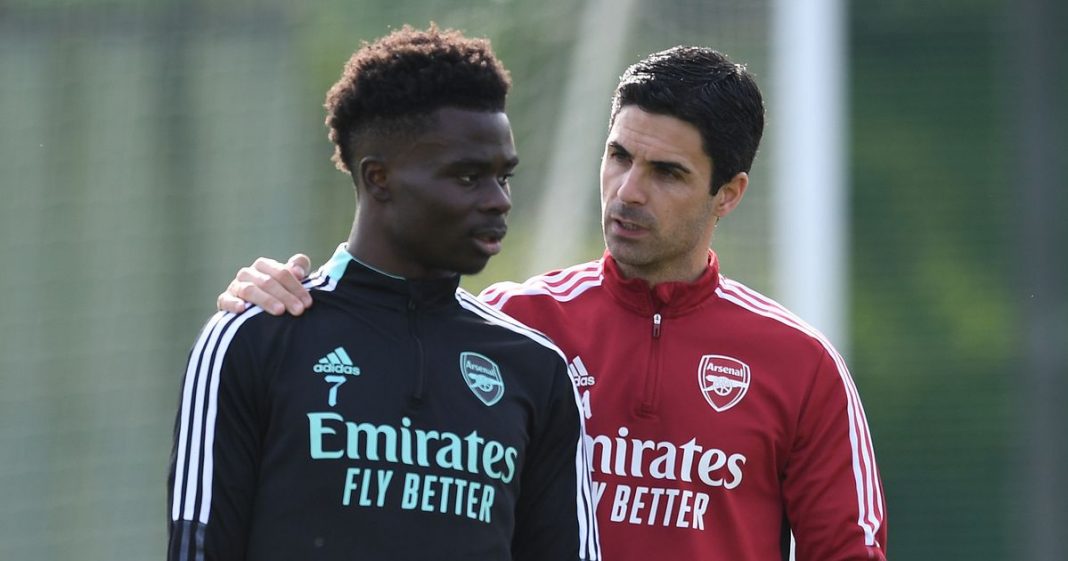 Arsenal are expected to have a busy summer in terms of incomings but continue to bide their time as they identify the right targets to advance Mikel Arteta’s project.

Central midfield and centre-forward are two areas the Gunners are heavily fancied to strengthen during the transfer window – and there is no shortage of players linked with a move to the Emirates. Manchester City forward Gabriel Jesus, Leicester playmaker Youri Tielemans and Wolves ace Ruben Neves are on the North Londoners’ radar, while Leeds winger Raphinha is a relatively new target.

Featuring the latest on Arsenal’s pursuit of the Brazilian – and how his arrival might impact Bukayo Saka – as well as the other transfer updates surrounding the club, here is Monday’s round-up.

Arsenal will need to stump up £25million to sign Tielemans from Leicester, according to Gunners transfer expert Charles Watts. The highly-regarded 25-year-old has one season remaining on his contract at the King Power, so the Foxes will need to sell him this summer or risk losing him for nothing next year.

The Belgium international has been tipped to form a formidable midfield partnership with Thomas Partey, especially as Granit Xhaka’s future is up in the air. The Switzerland international has plenty of admirers on the continent and Bayer Leverkusen are believed to be keen to sign him.

Raphinha would not replace Bukayo Saka at Arsenal, according to reports
(

Arsenal do not intend to sell Bukayo Saka even if they secure Raphinha, 25, according to GOAL. Saka’s future has been the subject of intense scrutiny as he has two years remaining on his contract and Liverpool and Manchester City are believed to be monitoring the situation.

The Gunners signing a right-winger would lead to heightened concerns that Saka could be on the way out of the Emirates, as this is where he usually plays. However, the report allays these fears by claiming Arteta does not view Raphinha as a replacement for the 20-year-old, but competition as Arsenal return to Europa League action next season.

Would Raphinha be a good signing for Arsenal? Have your say in the comments!

Nottingham Forest are hoping to add proven Premier League experience to their ranks upon their return to the top flight by signing Ainsley Maitland-Niles, according to football.london. The versatile 24-year-old could be on the move this summer having spent the second half of the 2021/22 season on loan at Roma, winning the Europa Conference League.

The report claims Forest have submitted a formal enquiry about Maitland-Niles but a deal remains some way off. Able to play in a number of midfield and defensive roles, the Englishman has made 132 appearances for the Gunners.