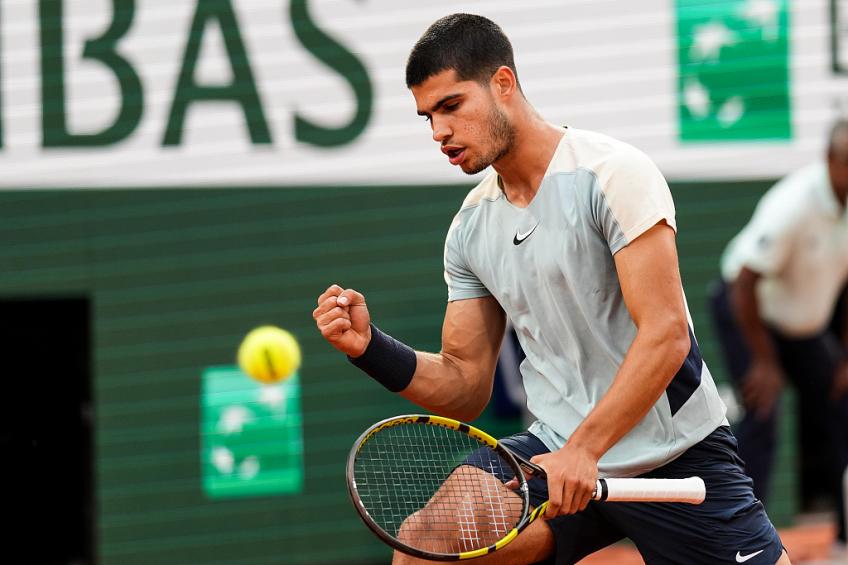 World No. 7 Carlos Alcaraz has wished a speedy recovery to Leylah Fernandez as he thinks the Canadian will return stronger from a foot fracture. In the French Open quarterfinal, Fernandez was visibly struggling with a foot issue but she refused to retire the match and ended up aggravating the injury.

Following a three-set loss to Martina Trevisan, the scans showed Fernandez had contracted a Grade 3 stress fracture. “Happy Wednesday! Just wanted to share a life update, unfortunately I fractured my foot. In need of some well wishes more than ever.

The fight in me will continue just after some PT appointments. Have any good podcast, show, or book recommendations?!” Fernandez wrote on Instagram.

You will come back stronger!” Alcaraz wrote in the comment section.

Fernandez was clearly in discomfort during her French Open match but still decided against retiring.

After the match, Fernandez’s dad and coach Jorge admitted he was angry and very concerned for his daughter. “Anger. I was very angry. And very concerned. Again, it’s very hard because you have both hats on. And of course, as a coach you kind of say like, okay you know what you got yourself into.

You know, and I know they tried it in the past and just wonder why it stopped because,” Jorge added. “I think, you know, there was moment, you know, where I could’ve put some sense into her. And maybe instead of it being what it is now, it could’ve been a little bit less. Of course as a father I’m concerned and sad and I wanted her to stop.”