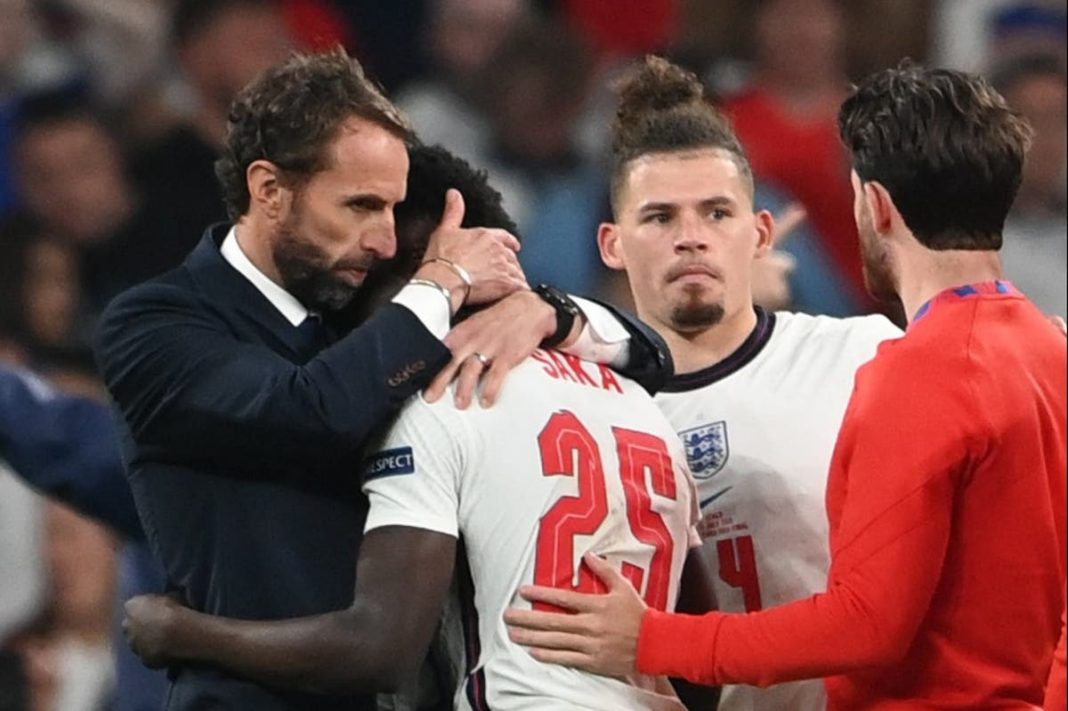 The trio were all targeted on social media after missing their penalties during defeat to Italy in the final of Euro 2020 at Wembley, with Southgate describing the abuse as “abhorrent and unacceptable”.

The England manager has revealed he felt guilty in the wake of last year’s final, questioning his role in the abuse taking place.

Southgate is determined to not let fears over future abuse impact his decision-making, but he has admitted it has added complexity to the matter of picking penalty takers.

When asked about it on Monday afternoon, Southgate said: “I have to say it never crossed my mind before. It will [now].

“When I left The Grove that day [after we lost Italy] I couldn’t help but feel, ‘Have I created this situation here for the boys?’.

“But it wouldn’t be right to not pick the players you think are best to take them because of what the possible consequences of them missing would be. I’ve got to pick them on the belief they are going to score.

“We’ve got 55 years of talking about penalties and everything else. So we’ve now got another layer that’s going to make it extremely difficult for us to win anything.

“We know that’s ludicrous. We know that’s outrageous to even think about. I’m trying to balance whether the question is about the racism itself, which is abhorrent and unacceptable, and what you’re identifying, that there’s another layer of complexity in making that decision.

“We went through a process of preparing for penalties. We’ve definitely reviewed that.

“Some of the boys have taken more with their clubs. Reece James has, I think, had four in shootouts this year. Trent [Alexander-Arnold] has had two. Bukayo has now taken a couple for his club, which were massively courageous moments that epitomised what he’s about.

“But indirectly, we have created another layer of difficulty in overcoming a penalty shootout. I have got to take all of those things into consideration and it is incredibly complex.”