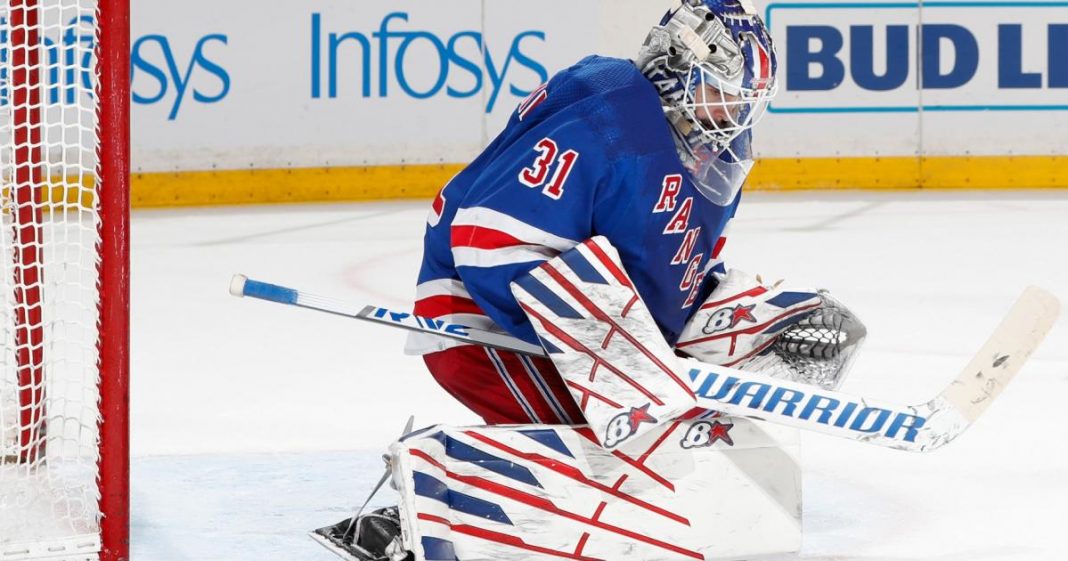 There’s no denying just how good Igor Shesterkin is at keeping the puck out of his own net, but who knew he could help contribute on offense as well?

The Rangers goaltender has been credited with two assists in Game 6 of New York’s series vs. the Hurricanes on Saturday, getting the secondary assist on Mike Zibanejad’s first-period goal and the primary assist on Filip Chytil’s second tally of the night in the second period.

Those two apples make him just the fifth goalie in NHL playoff history to  accomplish the feat.

Igor Shesterkin is the 5th goalie in playoff history with 2 assists in a single game.

He’s the first Rangers goalie with 2+ assists in ANY game since Mike Richter on Oct. 29, 1992 vs the Quebec Nordiques. pic.twitter.com/pn3ApkNHAm

OK, so maybe he’s not exactly ripping passes tape to tape, but an assist is an assist. They all count the same on the scoresheet.

The Vezina Trophy finalist is now up to three assists during the 2022 playoffs. That’s more than Chris Kreider has during these playoffs and as many as Alexis Lafreniere, K’Andre Miller and Ryan Lindgren.

With the Rangers on the brink of elimination, Shesterkin has been fantastic as the team battles to stay alive. He made 25 saves over the first two periods of Game 6 as the Rangers took a 4-2 lead into the third period.

Which goalies have recorded at least two assists in a playoff game?

Shesterkin joins a short list of goalies with multiple assists in a playoff game. He’s the first to do it since Pekka Rinne notched a couple of helpers for the Predators in 2017.

In all, a goalie has recorded an assist during a postseason game 217 times, including four in 2022 with Shesterkin, Louis Domingue, Mike Smith and Jacob Markstrom. But only five times has a goalie recorded two in one contest.