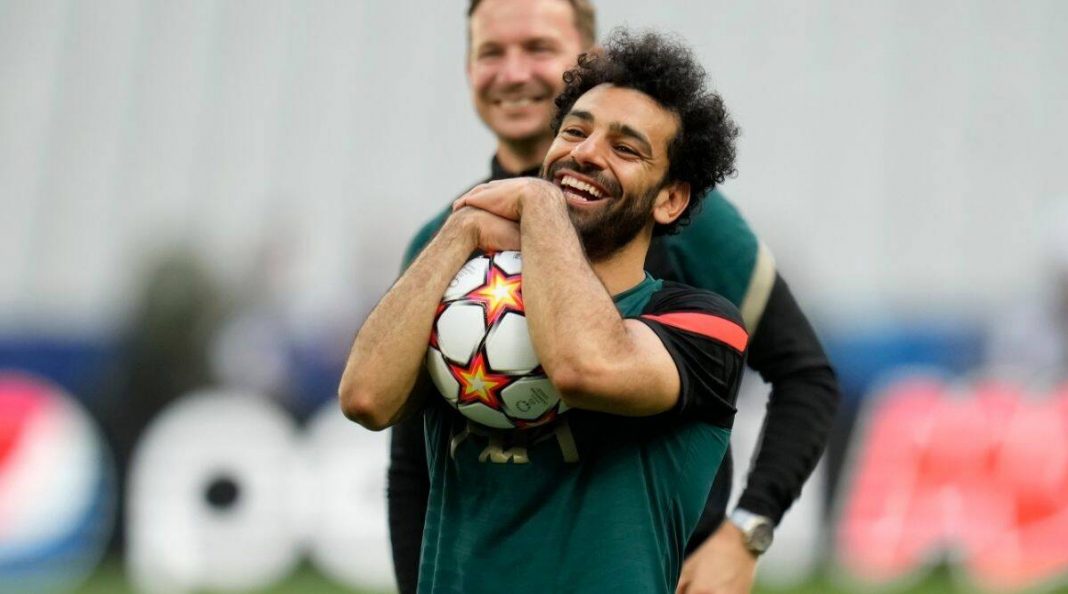 “If he scores another few, then I’ll be a Muslim too. He’s sitting in the mosque, that’s where I want to be… Mo Salah-la-la-la-la.” In 2018, football-intoxicated white fans were belting that song in the stadiums and pubs of Liverpool about Mo Salah, the Afro-haired Egyptian footballer in their club for the English Premier League.

The juxtaposition of the object of that song and the people singing it stirred the world and startled four Stanford University researchers — Ala Alrababah, William Marble, Salma Mousa and Alexandra Siegel — who were moved to study the phenomenon. “What was that, I remember wondering. The song intrigued us,” Marble told The Indian Express.

“We find that hate crimes in Merseyside (home to Liverpool FC) dropped by 16 per cent…and Liverpool FC fans halved their rates of posting anti-Muslim tweets relative to fans of other top-flight clubs. Our survey experiment suggests that the salience of Salah’s Muslim identity enabled positive feelings toward Salah to generalise to Muslims more broadly,” the report read.

On Saturday night, thousands would be echoing the spirit behind that song as Salah tears up the right wing at the Saint-Denis’ Stade de France in Paris in the Champions League final where Liverpool would be chasing a famous treble, having already won the League Cup and FA Cup.

The findings of the study were remarkable, especially in context of what was happening in pre-Salah Liverpool when two lawyers Abubaker Bhula and Asif Bodi went under a stairwell at the Anfield stadium, the club’s home, to pray. Another fan tweeted their pictures with a tagline “Disgrace” — it went viral in right-wing groups.

Two years later, the bearded Salah joined Liverpool as an openly devout Muslim footballer who prostrated on the ground in “sajdah” after goals, who raised his index finger in “shahadah”, whose daughter was named Mecca, and whose wife was veiled — and whose social media posts were filled with religious imagery.

“That was what was special. Here was a man, by all accounts, humble, a do-gooder, a great footballer who was just himself. But by being himself, he stirred something in others,” said Marble, the researcher. “He stays out of politics, doesn’t talk up his religion even, he is just himself.”

“We highlighted Salah’s Muslim identity in a part of our survey and we found people saying there was no clash between Islam and British values. That a smooth integration was possible. People whom we administered the survey with that religiosity angle responded by saying they were more tolerant of Islamic values,” he said.

Or, in other words, there was no clash of civilisations. “We had lots of people saying it was important to understand the culture of players representing their club. That openness was highly suggestive,” he said.

But Marble and his colleagues wanted to find out whether the people they surveyed walked that talk. They sought out police records for hate crimes.

“What we saw was that in Merseyside there was a drop in hate crimes right after Salah was signed, compared to the rest of the country, and that continued in his first few seasons with the club. We did various statistical modelling to find if this big drop would have happened even if Salah hadn’t signed and we found that wasn’t the case. There seemed a direct impact of Salah from the evidence from the behavioural data that in extreme outcomes linked to bigotry,” he said.

One of the tests was to check whether there was a drop in other crimes, unrelated to hate crimes. “What we found was that the biggest drop was in hate crimes, not in others. That gave me assurance that we were on the right path with Salah’s impact,” Marble said.

The researchers then analysed 15 million tweets as part of their philosophy to inspect several different evidence to arrive at a conclusion. “We coded their tweets where they mention Muslim/ Islam and classified it as positive/ negative/ neutral. We found the proportion of anti-Muslim tweets of Liverpool followers dropped by half, based on what we found in other clubs’ fans,” the researcher said.

Asif Bodi, one of the fans targeted for praying at the stadium, spoke to the digital network Middle East Eye about the post-Salah changes. “Some fans might have been a bit more reserved and afraid to show their faith but because of the effect Salah has had, they feel emboldened to show their faith.” Multi-faith prayer rooms popped up at stadiums.

Ben Bird, who self-admittedly “hated muslims” once, wrote in “The Guardian” about how Salah’s presence changed him — he even converted to Islam.

“As that song ‘If he scores another few then I’ll be Muslim too”, and I literally took that to heart… Salah showed me that you can be normal and a Muslim, if that’s the right phrase. You can be yourself. He’s a great player and is respected by the football community and his politics, his religion, don’t matter — and to me that’s what football can do,” Bird wrote.

However, British-born Pakistani poet Suhaiymah Manzoor-Khan warns about the danger of stereotyping the “good Muslim immigrant” and the need to respect all Muslims. “Love us when we are lazy, love us when we are poor, love us high as kites, unemployed, joy riding, time wasting, failing at school, love us filthy,” he said.

But then, that’s not up to Mo Salah.