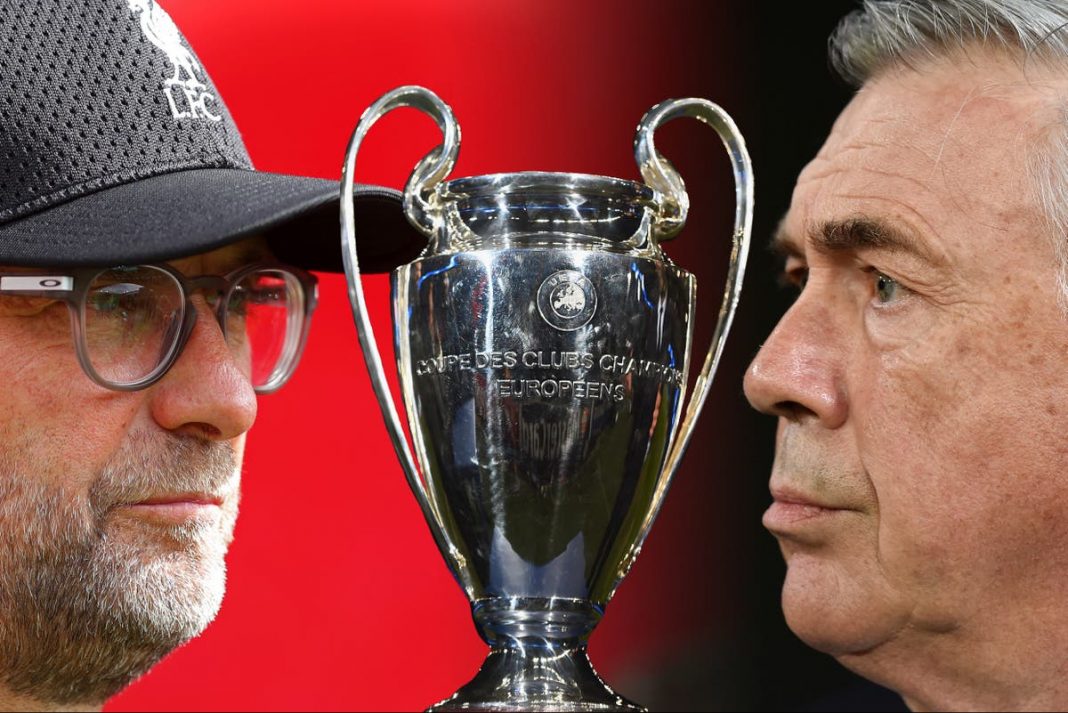 No team has lifted this trophy more than Real, the 13-time winners, while victory at the Stade de France would take Liverpool’s tally to seven, a figure bettered only by the La Liga side.

While the Reds have not got the chance to play for an unprecedented quadruple in Paris, after losing out on the Premier League title by a single point, European glory would cap off a stunning season for Jurgen Klopp’s side in which they’ve played in every possible match.

This is a repeat of the Champions League final from 2018, when Gareth Bale scored twice in a 3-1 win for Real as they made it three in a row. Liverpool returned the following season and went one better with victory over Tottenham.

Carlo Ancelotti has already won this competition three times as a manager and having led the La Liga champions to more than one miraculous comeback already this season, he will believe his side can get the job done whatever situation they find themselves in.

With kick-off at 8pm BST and James Robson in Paris, follow Liverpool vs Real Madrid with Standard Sport’s LIVE blog below…

How to watch Real Madrid vs Liverpool

TV channel: The match will be televised on BT Sport 1. Coverage begins at 6pm BST, two hours before kick-off.

Live stream: BT Sport subscribers will be able to watch the match online via the BT Sport website or app. The game will also be available for free via BT Sport’s YouTube channel.

Live blog: You can follow all the action right here, with James Robson in Paris to provide expert analysis.

Hello and welcome to Standard Sport’s LIVE coverage of Liverpool vs Real Madrid!

It’s a Champions League final between two sides who have already enjoyed strong seasons and are now eyeing European success to cap it off.

Real Madrid have won this competition 13 times, Liverpool on six occasions… both know how to get the job done on the biggest of stages.

We’ll have all the latest updates and team news ahead of kick-off, which comes at 8pm BST from the Stade de France.