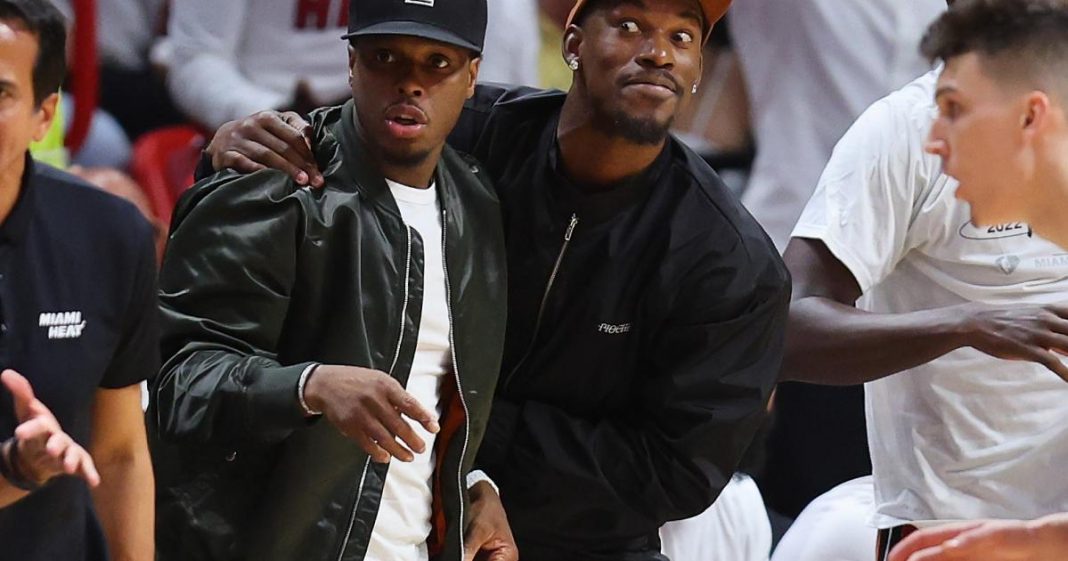 Heat guard Kyle Lowry gave a glowing review of Jimmy Butler’s performance in Game 6 of the Eastern Conference Finals, but there is one word that he would like to take back.

In Friday night’s 111-103 win over the Celtics, Butler totaled 47 points (16-of-29 shooting), nine rebounds, eight assists, four steals and one block, delivering one of the most impressive elimination game efforts in recent history. Butler had struggled in the previous three games of the series, scoring just 27 points combined, but he stepped up for Miami when the team needed him most.

When asked about his play during his postgame media availability, Butler told reporters that he was “decent.” Lowry, who was sitting right next to Butler, clearly didn’t agree with that assessment.

“[It was] f—ing incredible,” Lowry said.

Lowry immediately realized that he could face a fine for dropping an F-bomb and offered an apology.

“My bad, my bad. Listen, don’t fine me NBA,” Lowry said. “That was really by mistake. I promise.”

Butler, who was fined during the first round of the NBA Playoffs for making an obscene gesture, didn’t seem to care about keeping money in his teammate’s bank account.

While the NBA’s collective bargaining agreement doesn’t explicitly lay out how the league handles the use of profanity, there has been an added emphasis on upholding decorum in 2021-22. As of May 11, swearing had cost NBA players $95,000 this season, according to Sports Illustrated’s Howard Beck.

“We gotta be better,” Byron Spruell, the NBA’s president of league operations, told Beck. “This is about league standards and making sure we have the right look and feel and demeanor to our game, on and off the court.”

The league judges each situation independently and has issued warnings rather than fines in some cases, per Beck, so it’s possible that Lowry escapes this incident without having to sign a check.

If Lowry is forced to explain himself in NBA court, though, he should probably take Butler off his list of character witnesses.