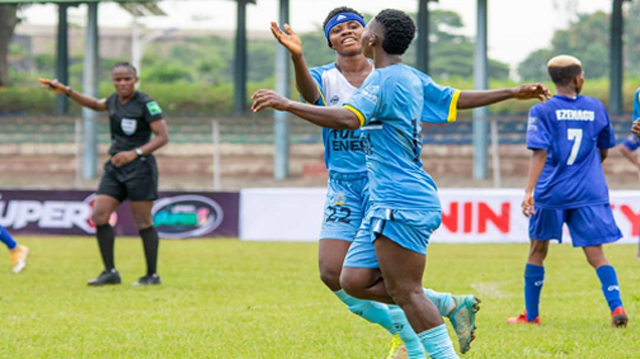 The governor announced the cash awards while receiving the athletes on Wednesday in Government House, Yenagoa.

Describing Bayelsa Queens’ performance at the tournament as sterling, Diri noted that no other team has surpassed their winning feat at the tournament, as they won all five matches and won four individual awards.

The governor enjoined members of the team to maintain the winning tempo, assuring that government will give them needed support to enable them to have a successful outing in their quest for continental glory later in the year, as representative of Nigeria at the African Women football championship.

Diri also urged sponsors of the Women’s football league to have an upward review of the prize money to encourage the development of the women’s game in the country.

“It is on this note that the following rewards are hereby announced and this money has to be released before the continental clash.

“Bayelsa Queens, the first team each will go home with N500, 000 and this is because we are going to prepare for the continental championship, when you come back victorious, then you’ll know what your government will do for you.

Diri also expressed delight with the Bayelsa contingent at the 2022 African Wrestling Championship in El Jedida, Morocco, where the wrestlers clinched a gold, three silver and one bronze medals.

Earlier, the Commissioner for Youth and Sports Development, Daniel Igali, thanked the governor for his support of the sports sector, saying it has resulted in the outstanding performances of the athletes at the various local and international competitions.