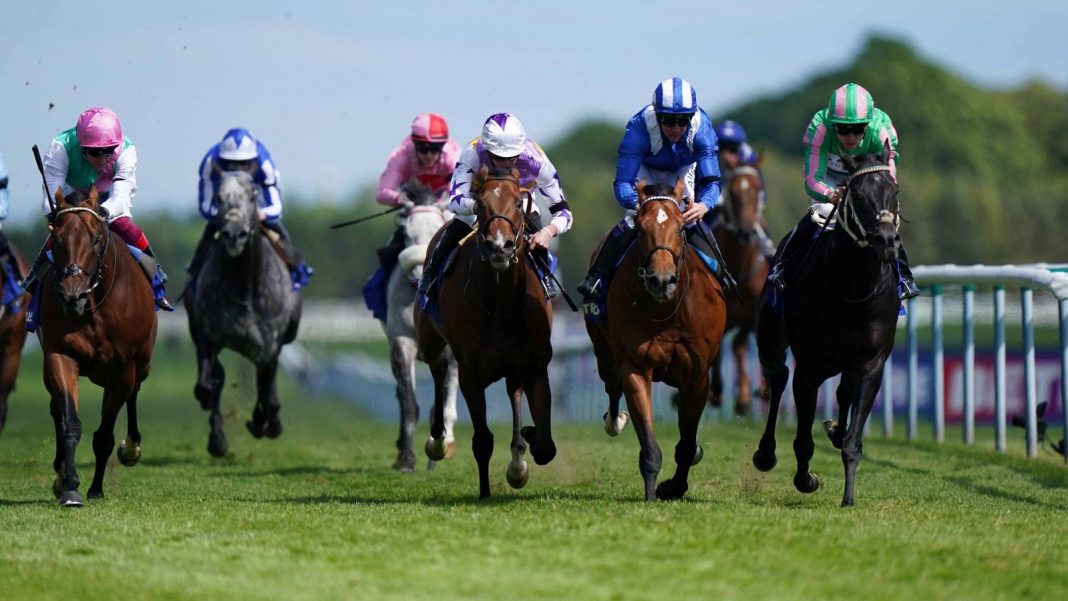 Charlie Hills was celebrating as Pogo held on gamely to scoop the Betfred John Of Gaunt Stakes in a thrilling four-way finish to the Group Three contest at Haydock.

Given an enterprising ride from the front by Kieran Shoemark, the son of Zebedee refused to be headed when challenged at all angles in the closing stages, holding on by a nose from Laneqash, with last-year’s winner Kinross a further neck adrift in third.

The Frankie Dettori-ridden Sunray Major completed the quartet disputing matters at the finish and although flying home from his position at the rear of the field inside the final two furlongs, he was half a length away from the winner at the line.

It was a welcome return to form for the six-year-old Pogo, who has been seen in globe-trotting action at both Meydan and Saudi Arabia in the early part of the year and was handed a quote of 25-1 by Betfair for the Sussex Stakes at Goodwood later in the year.

The winning trainer was delighted with the performance, saying: “That was fantastic and I thought Kieran gave him a peach of a ride. He used his initiative, got him to the front and controlled it from there really.

“He obviously has some very good form and I thought he ran some good races abroad over trips that probably weren’t ideal for him – seven furlongs suits him best.

“He really deserved to win a race like that and we might look to take him to France later in the year for races like the Prix Daniel Wildenstein and the Prix de la Foret.

“I was thinking we’d come here today and then look at the Criterion Stakes at Newmarket, but he’ll have a penalty in that now so we’ll see.”

Shoemark has now been aboard Pogo for four of his six career victories and added: “He’s very straightforward and quick from the gates, albeit he was probably a stride slower than usual today.

“He’s quick into his stride and I thought we got it very easy round the bend and I was able to ask him up the gears under no pressure. It was a game performance and that’s what he is – he does try.

“They came to me a furlong down and I thought they were going to go past me, but they never seemed to get any closer and he stuck his neck out.

“He’s a very likeable horse who has run some huge races. He’s been third in a Group One and placed in Group Twos and he’s a dual Listed winner, so it’s a bit of a relief and a feather in his cap to get a Group-race success.”