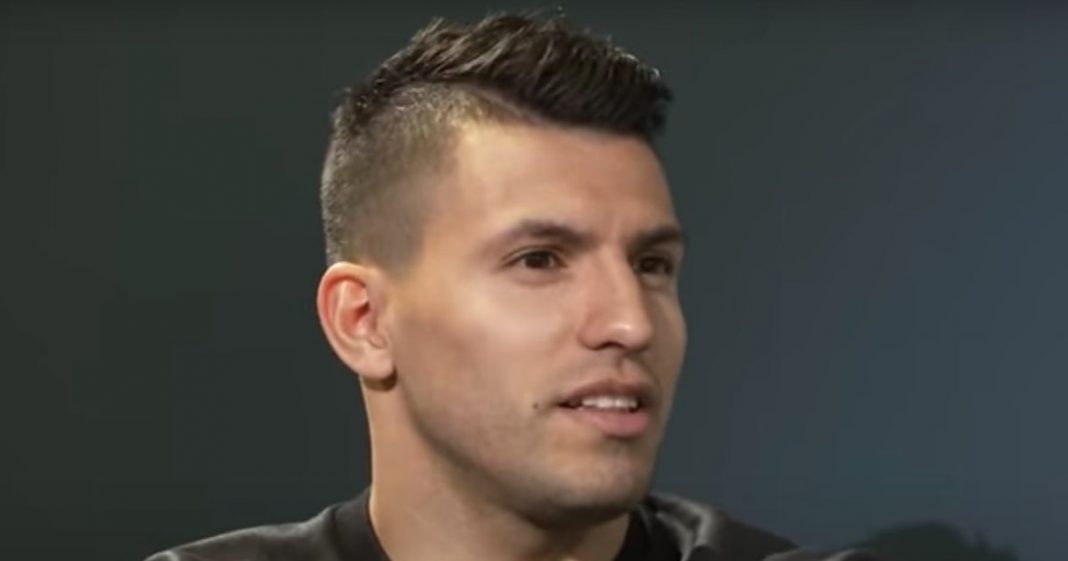 Sergio Aguero has given the thumbs up to his heir apparent and hopes Erling Haaland will score “a ton of goals” for Manchester City.

The Premier League champions have acted quickly to secure Pep Guardiola’s top target, having triggered Haaland’s £51million release clause with Borussia Dortmund. The Norwegian landed in Manchester earlier this week and will now have a full pre-season to prepare for his maiden Premier League campaign.

City outlasted Liverpool in a titanic tussle to secure their fourth title in five years – and managed it without a recognised No.9. Following Aguero’s departure at the end of the 2020/21 campaign, Guardiola had hoped to sign Harry Kane, but after those attempts were rebuffed, he opted to bide his time.

Haaland’s arrival gives City an air of invincibility with the 21-year-old boasting an astonishing goalscoring record at Dortmund – equating to almost a goal-per-game. But Aguero, who holds the record for City goals, believes that while their new striker has all the tools to succeed, there may be a period of adaptation.

“I think it’s a great signing. He can contribute towards scoring and that’s big. I hope he racks up a ton of goals,” Stake.com ambassador Aguero explained. “Adapting to the Premier League will take some time for him, but I’m confident he’ll be able to do so well.

“Regarding the Champions League – now that’s a huge task. But football is about the team, not the players by themselves. If the whole team works like it has been, the trophy will be more reachable. I think City has grown in experience over the past few years and it’s something that can be achieved sooner than later.”

Guardiola has addressed concerns over Haaland bedding in slowly at the Etihad and was bemused at suggestions that he may not fit City’s style of play. Speaking shortly after the deal was confirmed, the City boss made a promise that the star striker would be given plenty of time to get up to speed – and that his signing was for the long-term, as well as straight away.

HAVE YOUR SAY! How many goals will Haaland score next season? Let us know in the comments

“I’m pretty sure about Haaland. But to give you a real opinion I have to work with him first. When he scores this amount of goals it’s because he’s good. But especially important is that he is arriving in a new country, a new house and new friends.

“All these kinds of things he has to adjust to. That’s why before he starts here he should have a good holiday, prepare well, and come with no injuries to work and play with us.

He added: “If it takes weeks, great. If it takes months, great. He hasn’t come here for two, three months, he’s come for many years I hope. So if he needs more time, we give him more time. We’ll try to help him and I’m pretty sure he’ll try to help us so I don’t have any doubts about that.”