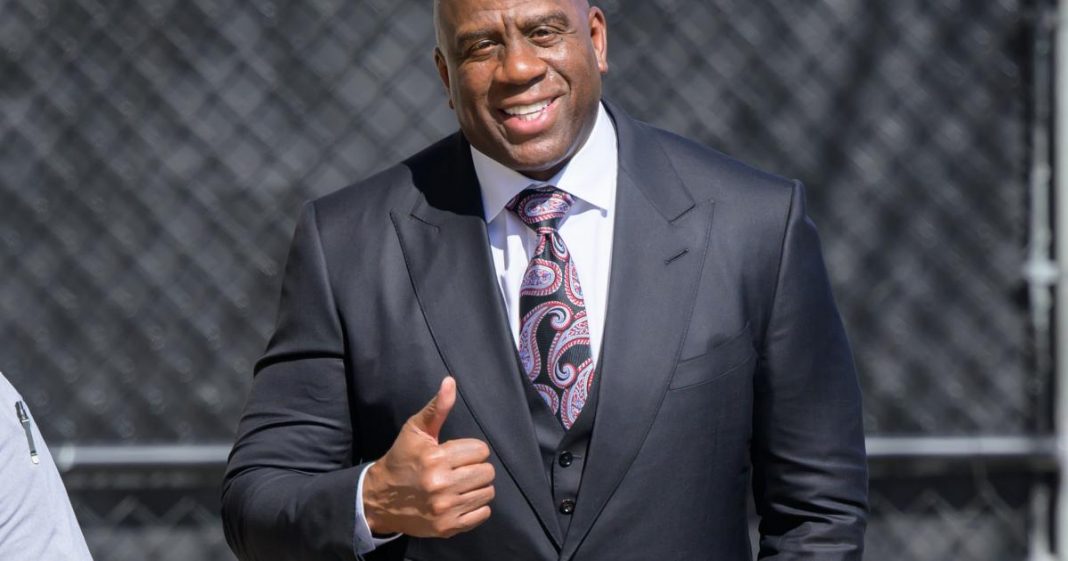 Hall of Fame point guard Magic Johnson will have his own NBA Top Shot collection, which is set to be released on June 7. “The Anthology: Magic Johnson” is the first of its kind for NBA legends and will commemorate some of Johnson’s most iconic moments over his illustrious basketball career with the Los Angeles Lakers.

Some of the moments that NBA fans could receive in this drop are Johnson’s baby hook in the 1987 NBA Finals, a behind-the-back pass to Byron Scott, a special moment from the 1980 NBA Finals where Magic started at center, and more.

The Baby Hook in the 1987 Finals is one of the two legendary Anthology moments that are part of Moment NFTs, which are considered rare, “Legendary” collectibles.

What is NBA Top Shot?

NBA Top Shot is a way for basketball fans to collect some of their favorite video clips, moments, and highlights throughout the season from their favorite players in the form of an NFT, or digital basketball collectible that utilizes blockchain technology. Fans can receive Top Shots through scheduled drops or purchase packs that start at $9 to help build their collection.

What plays are available in the Magic Johnson NBA Top Shot NFT Collection?

The five plays that will be available for fans in this collection are:

When will the Magic Johnson NBA Top Shot NFT Collection be released?

Johnson’s NFT collection will be released on June 7 at 3 p.m. ET on NBA Top Shot.

How do you buy the Magic Johnson NBA Top Shot NFT Collection?

If NBA fans want to purchase Johnson’s Top Shot NFT collection, they can sign up at magic.nbatopshot.com. There will be 1,600 packs available and each will cost $399.

Which other NBA legends have NBA Top Shot NFT Collections?

Johnson is the only NBA legend to have his own Anthology set. However, there are Top Shot sets for Allen Iverson, Tim Duncan, Kevin Garnett, Steve Nash, Dirk Nowitzki, and more.