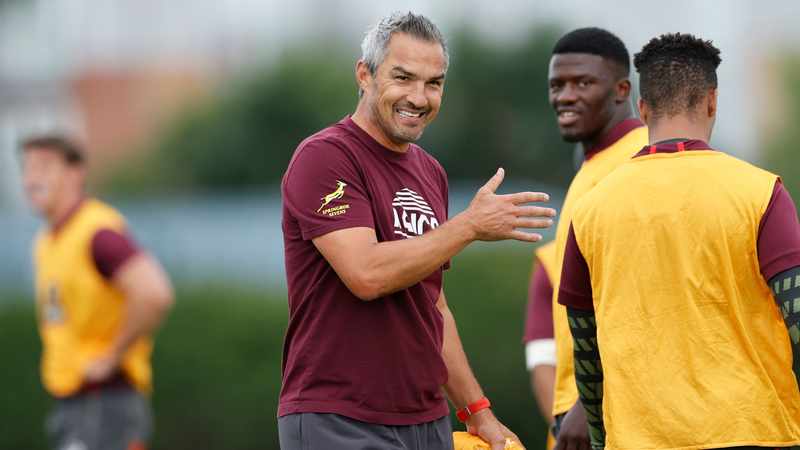 Johannesburg – After a run of poor results, the Blitzboks know they have to hit the ground running against Argentina in their opening game of the London Sevens on Saturday morning (10.54am).

After abject failure last week in Toulouse, it is vital the South Africans lay a foundation for the tournament in the very first match of the opening day.

For that to happen, their execution has to improve, and coach Neil Powell is quite open about the shortfalls in his team’s game last weekend in France.

“Soft moments and basic skills not executed well, rather than lack of effort was holding us back,” Powell explained.

“We had some areas that were really poor in Toulouse. Our kick-off receives was one of them and we lost three of the four restarts against Samoa, for example. That is giving the ball straight back to the opponents and at this level, it is looking for trouble, especially when you do so in critical times of the game.

“Those are small areas in the game that we need to improve on, but also areas that we know we can improve on. We worked on those, and the results will be better this weekend.”

The Blitzboks have suffered a number of unexpected defeats in recent tournaments and they are suddenly in a much tighter race than anticipated two months ago to retain their Rugby Sevens Series crown.

South Africa and Argentina are neck and neck in the race to the line, so Saturday’s clash could be more important than just a strong start to the weekend.

“They are a difficult team to play against – they never surrender,” said Powell.

“I believe that if we put down a good foundation in that first game, the guys will build on it and we will be successful. It is going to take a big effort, individually and as a team, to do that and deliver a more clinical performance than we showed last weekend.”