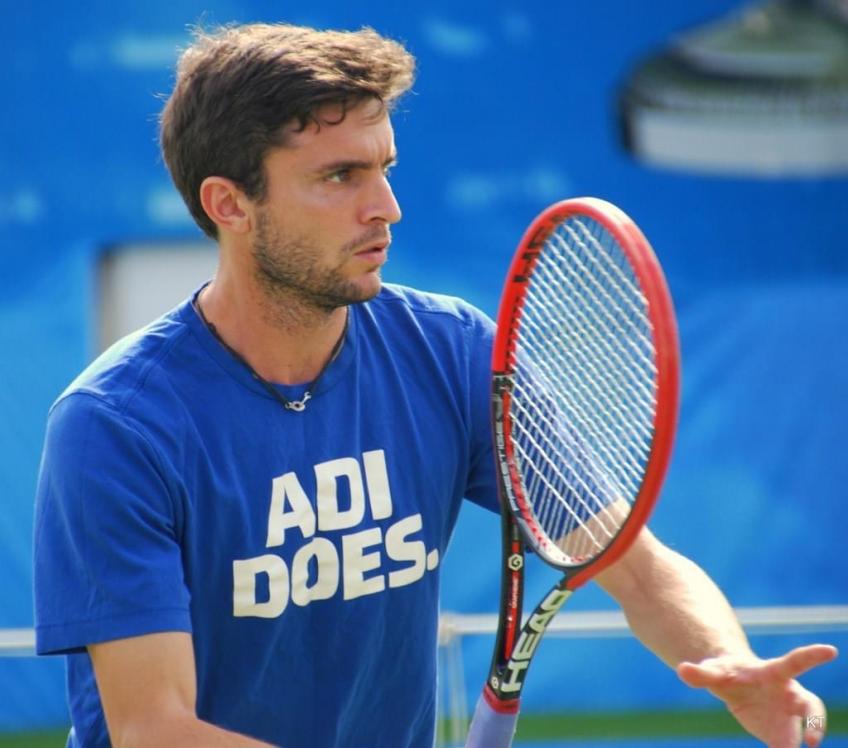 It might have been nine years ago that the Frenchman Giles Simon dug out a win on the red clay of the 2013 Roland Garros in a magnificent fashion. It was against Australia’s Lleyton Hewitt that Giles came from two sets down to captre a win ‘Down Under’ (in Australia).

He did the same thing the other night in pushing a 5-set win of 6-4, 6-4, 4-6, 1-6, 6-4 against Spain’s Pablo Carreno Busta. The momentum started off quite sadly as this would have been the last time Giles Simon played at Roland Garros because of retirement.

The crowd was very small in the late night to see their veteran player. But soon people were allowed to enter the stadium despite only having tickets for the day sessions. They ran in droves to see what the iconic Frenchman could do.

Simon wanted this tournament to be different, to be the one he would succeed at despite the last eight tournaments. He previously had entered tournaments throughout the season which turned out to be failures in the opening rounds.

“It’s not my last match, but it will be my last Roland Garros,” the Frenchman said after his struggle to overpower Carreno Busta and succeed. He admits that “..Sometimes you really want something and you don’t succeed…here I wanted it very hard and I succeeded.”

Giles last four hour against the Spaniard who is 7 years younger than himself and maybe it was the idea of this red clay tournament and the support from the fans gave him the emotional energy to win the grueling match. The previous tournament, the Lyon Open, Giles passed the qualifying but couldn’t make it beyond the first round against Karen Khachanov and this was in France also.

It must have been the thoughts and presence of another Frenchman compatroit, Jo-Wilfred Tsonga who’s leaving the tour that just gave Simon that push to play as aggressive as he could to win the opener. he quietly admitted to Tennis.com media that he was a bit nervous on how his first match would be.

Giles Simon was very pleased on how the match devloped and its result. He has to start thinking of the strategies on playing his next match opponent, Steve Johnson. The last time they played one another was eight years ago in Tokyo and then Simon won in straight sets.

The Frenchman can’t complain for all he has to do is play his best and if he wins, his stay at the French Open is extended. If he loses to Johnson he can say he played a great game and left successfully.