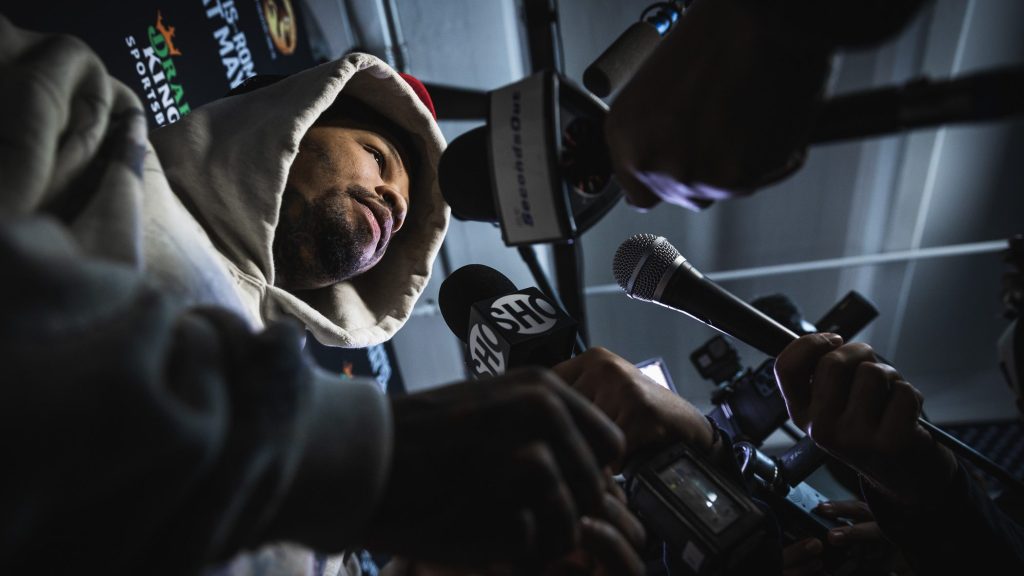 Gervonta Davis will do his talking in the ring Saturday in Brooklyn.

The lightweight contender’s opponent, Rolando Romero, has been vocal leading up to the scheduled 12-round bout on pay-per-view. He has said Davis is undersized, overrated and destined to suffer an early knockout at his hands, among other things.

Davis’ reaction? So what.

“I’m not emotional about what ‘Rolly’ is saying,” Davis said at a media workout Wednesday. “At first I was, but he showed me that he’s just a hype job. He’s trying to hype himself up to get into the fight.

“It feels like he’s acting fake right now. He’s never been in this position and you can tell.”

The latter point is true. Romero (14-0, 12 KOs) has some solid victories, including a seventh-round knockout of Anthony Yigit last July. However, he’s never faced anyone like the gifted Davis or fought in such a high-profile event.

Davis (26-0, 24 KOs) seemed to compliment Romero for having the gumption to fight him but also made it clear that things won’t go well for him on Saturday.

“A lot of fighters are calling each other out but aren’t fighting,” he said. “[Romero] worked his way up to this point and called me out. Now the fight is happening, so it’ll be great to have him on my resume after he talked all that trash.

“The fight is here. I’m sure it’ll be a little tense at the press conference, but not for me. I’m only worrying about getting in there Saturday and handling business.

“I think I’m growing as I continue on this path. I feel as though I’m getting better and better each day. I’m trying to walk like a champion just as much as I fight like a champion.

Romero told Boxing Junkie that Davis will be blessed if he makes in out of the opening round. Davis won’t make any bold predictions but you can guess what he’s thinking.

“Tank” has one of the highest knockout percentages, 92%. Isaac Cruz, his last opponent, went the distance with Davis but he had stopped his previous 16 opponents.

KOs come naturally to him.

“We have to wait and see what happens,” he said. “He’s predicting a first round knockout, but I’m predicting something else. Make sure you buy the pay-per-view or come out if you’re in Brooklyn, because it’s going to be a hell of a fight for sure.”