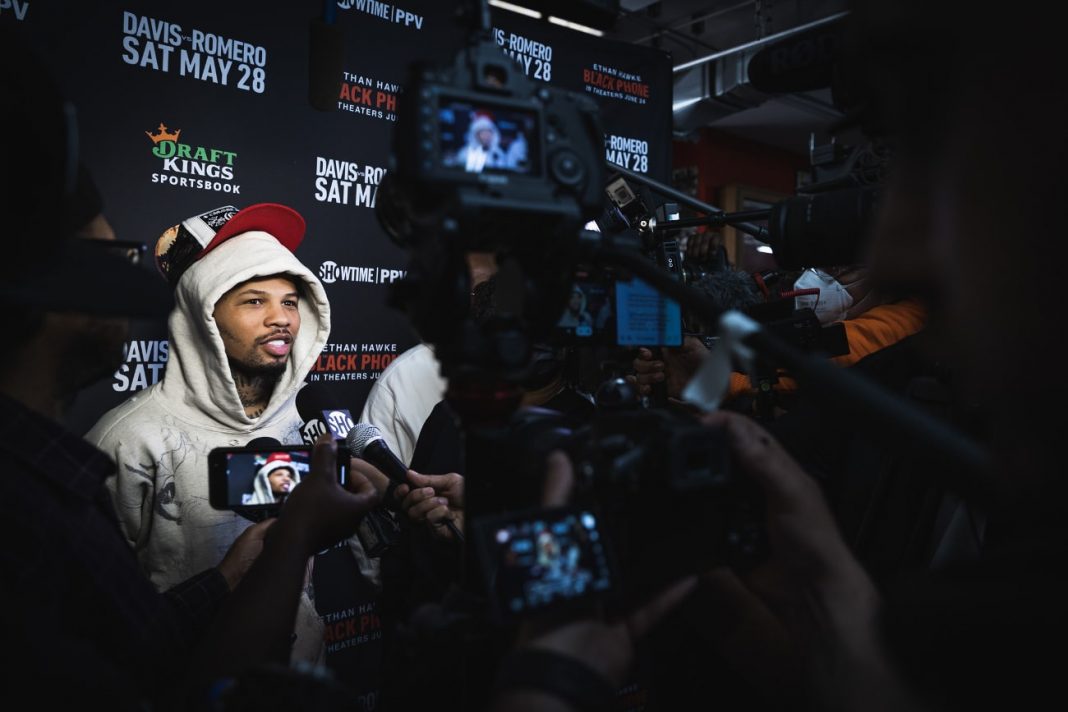 By Huck Allen: Gervonta ‘Tank’ Davis seems to have changed his mind about leaving Mayweather Promotions after his fight on Saturday night on Showtime PPV.

On Wednesday, WBA ‘regular’ lightweight champion Tank (26-0, 24 KOs) was speaking favorably of Mayweather Promotions, calling them the “best team” and talking about how they’ll come up with the “best plan’ for him.

It was only yesterday that Gervonta was saying wanted to have control over his career and wanted to move beyond the training wheels. Who knows what caused Tank to change his mind, but perhaps Mayweather Promotions offered him a new contract that was to his liking.

If Tank does stay with Mayweather Promotions after Saturday’s fight with Rolly, he needs to impress upon them the importance of them setting fights against the other top lightweights like Devin Haney, Vasyl Lomachenko, Ryan Garcia, and George Kambosos Jr.

“I still feel I’ve got the best team in boxing – Mayweather Promotions, Al Haymon, my personal team. Whatever decision we make after this, I’m all for it. We come up with the best plans together as a team,” said Tank Davis about his future plans.

One benefit to Tank Davis that has come from the soft match-making being done by Mayweather Promotions is that he’s not suffered any defeats.

If it’s just about money for Tank and not looking to be the best, he shouldn’t make waves by leaving.

It’s fair to say that if Tank leaves Mayweather Promotions and signs with Eddie Hearn’s Matchroom Boxing promotion, he’s going to want to get value for the money he’s paying him and will insist on matching him tough. Tank might not be ready to fight high-caliber guys, and he could go belly up.

I hate to say it but if Mayweather Promotions had thrown Tank in with Lomachenko, Shakur Stevenson, Oscar Valdez, or Josh Taylor, he would have lost repeatedly.

Tank is a good fighter, but also very flawed, as we saw in his fights against Isaac Cruz, Leo Santa Cruz, and Yuriorkis Gamboa.

“It’s not personal. F*** him. I’m not going to see Rolly after the fight. It’s good for boxing, but he’s still a clown. He’s not going that,” said Tank when asked if Rolly will try and dog him from round one, trying to score a quick knockout.

“He’s trying to psych the people out. He’s not doing that. The first round thing is cap, you know it’s cap [a lie],” said Gervonta.