Rafael Nadal reveals things he wishes to improve in Paris 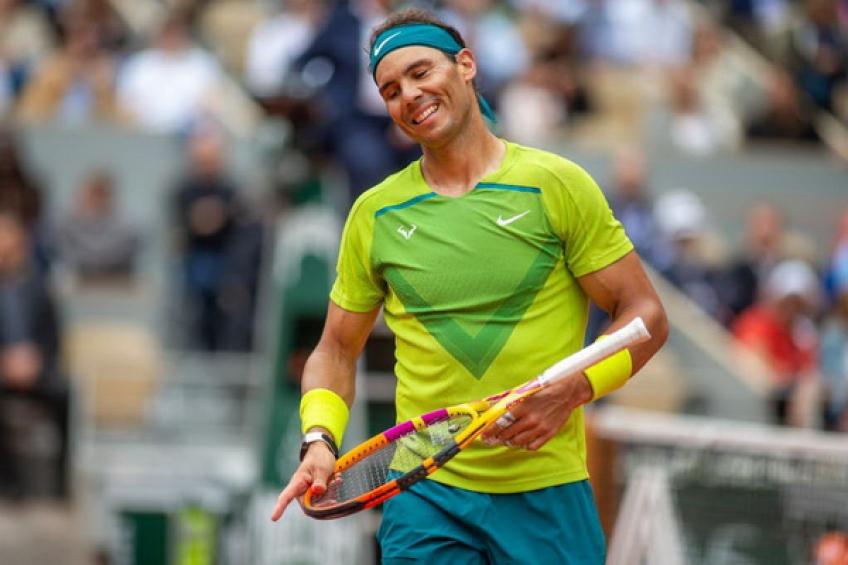 The 13-time Roland Garros champion started his 18th campaign in Paris with a 6-2, 6-2, 6-2 victory over Jordan Thompson. Rafa took down Jordan in two hours and two minutes, dominating serve and return and securing his 106th triumph at a beloved Major.

Nadal defended his second serve superbly and got broken once from two chances offered to his rival. The Aussie could not match those numbers, losing 54% of the points in his games and losing serve seven times from 11 opportunities given to the Spaniard.

Rafa was happy with his performance after not playing well in Madrid and Rome. Still, he wants to improve some elements in his game, like his movement and forehand speed ahead of the next match. The Spaniard grabbed the first break at 1-1 in the opening set with a backhand drive-volley winner.

Nadal served for the set at 5-2 and landed an ace to claim it 6-2 in 37 minutes. Thompson got broken at the beginning of the second set when his forehand found the net, and Nadal served well in the upcoming games to control the scoreboard.

Rafa broke Jordan at love in game five with a forehand down the line winner to move 6-2, 4-1 up in 64 minutes.

Rafael Nadal is off to a winning start at Roland Garros.

Thompson reduced the deficit with his lone break in game six, but he gave serve away in the next one to find himself 5-2 down.

A few minutes later, the Spaniard held at love with a service winner for a 6-2, 6-2 advantage in no time. From 2-1 down in the third set, Rafa claimed five straight games and moved over the top with a hold at 30 in game eight.

“I need to improve my movement and the speed of my forehand; it should be better. I did well today despite tough conditions. I do not know why the court was very humid today, having the roof on for a long time. I’m happy with my performance; it’s a positive start.

I’m always looking for improvements, and I will try to find them on the practice court or in the next match,” Rafael Nadal said.