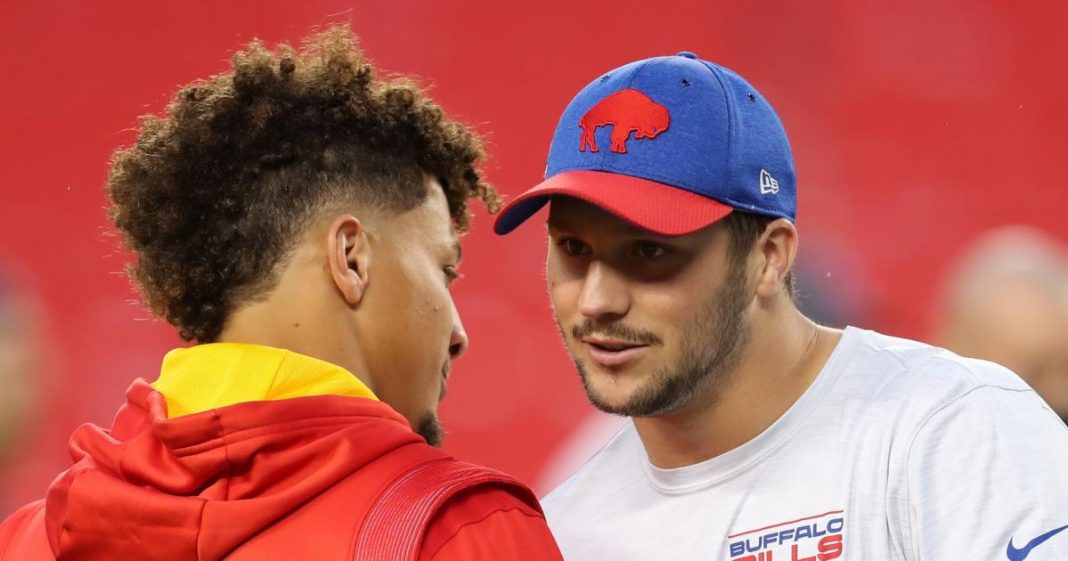 Josh Allen and Patrick Mahomes are friends. And there’s nothing you can do about it.

Speaking at a press conference Wednesday to promote The Match — a celebrity golf event which will see Allen and Mahomes face off against Tom Brady and Aaron Rodgers — the duo gave a little background on their relationship off the field.

Allen and Mahomes have played each other in back-to-back postseasons, including a wild game in January where the pair combined for over 700 passing yards, seven passing touchdowns and no interceptions.

However, Allen and Mahomes seem to genuinely like each other. The two quarterbacks linked up during the Masters, according to Mahomes.

Golf has continued to serve as a backdrop for Allen and Mahomes’ budding  friendship. The opportunity to travel to Wynn Golf Club and take on Brady and Rodgers is “only going to further that friendship,” said Allen.

As the leading men of two of the best offenses in the AFC, there may be a desire to see Allen and Mahomes develop a contentious relationship. That’s just not possible, according to Allen.

“I know people want us to kind of hate each other for what we do and who we play for and how many times we’ve played against each other,” Allen said. “But it’s hard to hate such a good dude.”

And the pair are hoping that they can turn their chemistry into success on the course. They’ll need it; Rodgers and Brady have made it clear that they’re not messing around.

This is why you film every shot on the course…

To Allen and Mahomes’ credit, the duo showed their social media savviness, throwing barbs at Brady after seeing the impressive hole-in-one.

One thing is for certain: The Match this year should make for an interesting night of action.