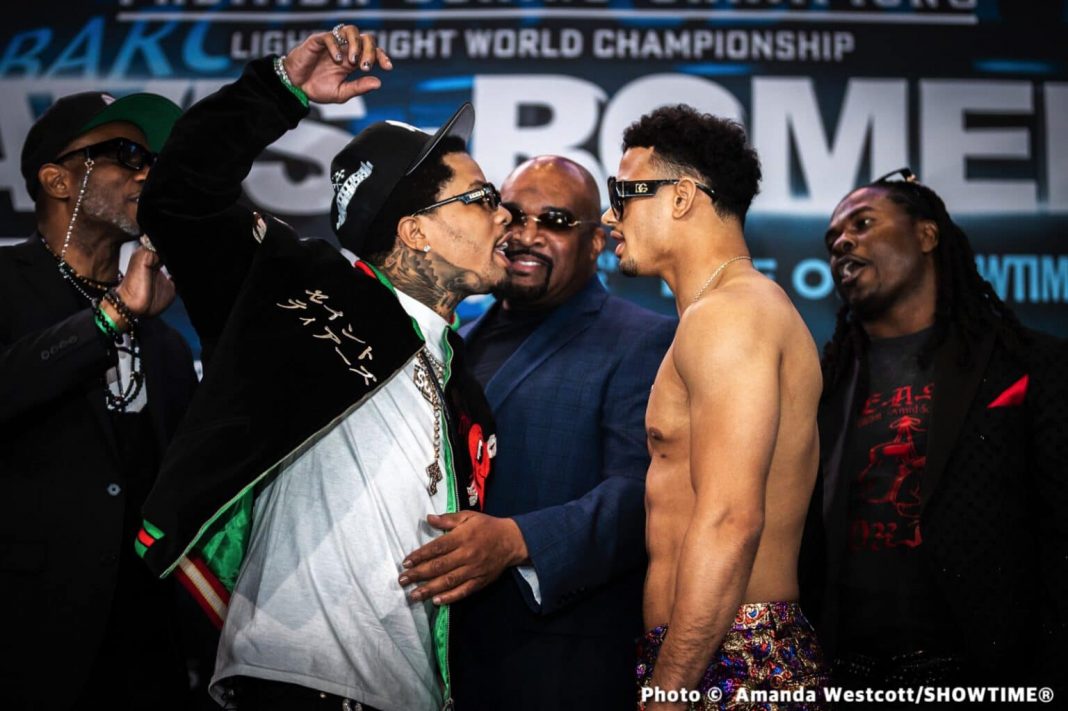 By Craig Daly: Rolando ‘Rolly’ Romero looked like a superstar in the making on Wednesday, vowing to knockout WBA ‘regular’ lightweight champion Gervonta ‘Tank’ Davis this Saturday, May 28th, in their main event fight on Showtime PPV.

When Rolando was asked if he’s thankful for being given the opportunity to challenge Gervonta for his WBA 135-lb title, he turned it around, saying Tank should be the one that is happy because he’s doing the work for him by promoting the fight all by himself. Rolly said Tank “can’t even talk.”

If Rolly follows through with his knockout prediction, it’ll be a massive win, leading to him becoming a PPV attraction in his own right. There would obviously be a rematch, which would sell a ton of PPV buys, and make Tank and Rolly massive cash.

Gervonta surprised the media today by saying he might re-sign with Mayweather Promotions.

That took everybody by surprise because for the last two weeks, Tank has talked of this being his last fight with Mayweather Promotions. Now it seems he’s considering staying with them.

“I should be pound-for-pound #1. F*** everybody else,” Rolly continued. “Is that a serious question? Devin Haney is the most boring fighter in the whole world, but f*** Devin Haney.

“Oh, he’s going to get knocked the f*** out in one round,” said Rolando in predicting a stoppage of Tank.

“Yeah, he’s been knocked down in the gym a bunch of times. The mother f*** gets wobbled, knocked out, all sorts of s***, man,” said Rolly when asked if he’d seen Gervonta get knocked out in sparring. Like I said, it’s all bad. I feel bad for him.

“He should be appreciative of me. I’m doing his job for him, and the mother f*** needs money because he’s broke as s***. He lives paycheck to paycheck.