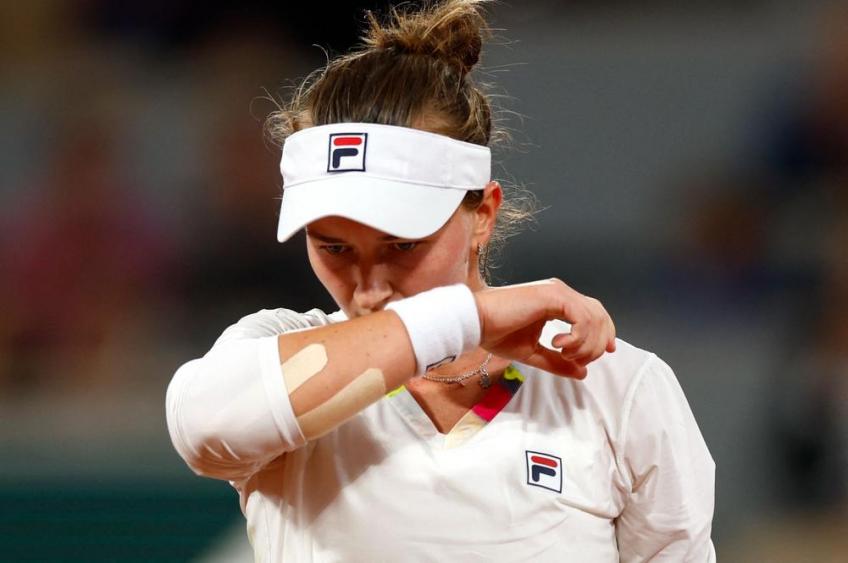 World No. 2 Barbora Krejcikova has tested positive for COVID-19 and she won’t be able to defend her French Open doubles title. On Monday, Krejcikova suffered a first round defeat to France’s Diane Parry in the French Open singles first round.

Krejcikova felt unwell after the match and decided to take a COVID-19 test. The test returned as positive, and as a result, Krejcikova won’t be able to defend her French Open doubles title with Katerina Siniakova. “Hi everyone, I have to make a very hard announcement.

I was looking forward to competing in doubles very much but unfortunately my time here at Roland Garros got cut short. Last night I started to feel bad and this morning I woke up with fewer. I decided to get tested for COVID and it came back as positive.

I am extremely sad that I won’t be able to defend to my title in doubles her, but on the positive side, I am glad I am injury free and can’t wait to get healthy and back to training. Thank you everyone for their support.

Good night from Paris and see you all soon,” Krejcikova captioned her Instagram Story.

This Monday, Krejcikova was up by a set and a break before Parry stormed back to win 1-6 6-2 6-3. It was Krejcikova’s first match after being sidelined for three months. “I expected it’s going to be difficult, and it was.

Overall, tennis-wise it wasn’t that bad. Physically was a little worse. I have to start somewhere, so it’s a pity that it had to be here and I didn’t have any other matches. But it’s a good way to move forward,” Krejcikova said after losing to Parry. Krejcikova will now spend some time in isolation before she kicks off her preparation for the grass season.